The Western Cape government has warned that the new draft regulations banning nongovernmental organisations (NGOs) from distributing cooked food without permits could threaten food security of the most vulnerable. 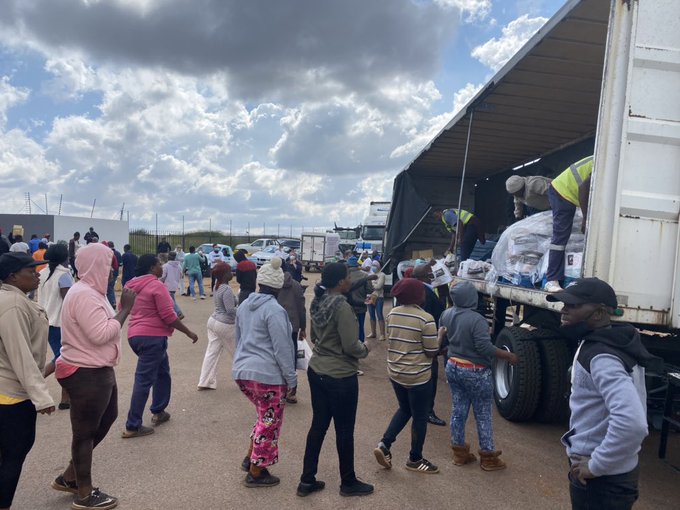 Western Cape social development MEC Sharna Fernandez said she had become aware that new draft regulations currently before Social Development Minister Lindiwe Zulu proposed the banning of cooked food distribution by NGOs and would require all NGOs to apply for permits if they wished to distribute any form of food aid.

“This is deeply concerning,” said Fernandez.

It would make it extremely difficult for private donors, nongovernmental organisations and civil society to distribute food relief to people most in need.

“It will threaten the food security of the most vulnerable people in our province, and indeed the entire country, and exacerbate the humanitarian crisis brought on by the hard lockdown.”

She had written to Zulu, urging her to reject these regulations and saying they had noted that banning cooked food provision by NGOs would shut down neighbourhood-level feeding schemes which were keeping people from starving.

Fernandez said the capacity of the state and NGOs to deliver food parcels door-to-door was limited and would never be able to reach the numbers of people currently in need of cooked food.

She argued that many people did not have cooking equipment, electricity or fuel and relied on cooked food as they were unable to cook for themselves.

She added prohibiting cooked food provision by NGOs would be in direct contrast to the current Level 4 provisions for the sale of cooked food by fast-food providers.

“As such, it would unfairly discriminate against the poor,” Fernandez said.

“The requirement that provincial departments of social development give permits to all NGOs that wish to provide food aid would be impossible to implement … there are tens of thousands of organisations and private individuals in neighbourhoods in every province of this country, and provincial departments do not have the capacity to issue permits to every one of these organisations and individuals, or to coordinate them as contemplated in the draft directives in a statement.”

She said there was currently no indication that the provision of food aid by the NGO sector was increasing the spread of Covid-19.

Fernandez said the police did not have capacity to be involved in every food relief operation in the province, no matter how large or small, as required by the draft directive, and their capacity would be massively stretched if they were to have to arrest and shut down small soup kitchens providing cooked food to starving people.

“I urge [Zulu] to reconsider the draft directions. They simply cannot go ahead,” she said.

Fernandez requested far greater consultation among all spheres of government and civil society when making decisions that have such a significant impact on “the wellbeing and livelihoods of the people we are here to serve”.

She added: “The draft directions will do little to limit Covid-19 transmission and will only negatively impact on the lives of our most vulnerable people.” – siphom@citizen.co.za