To date, 20 allegations of serious maladministration, fraud and corruption have been reported to the Health Sector Anti-Corruption Forum. 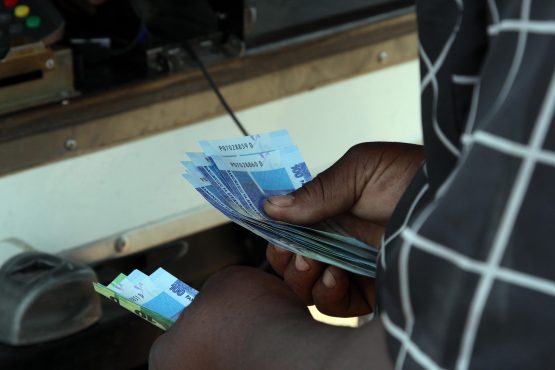 The Auditor-General (AG) will help the government keep an eye on the R500 billion Covid-19 relief fund which has become the subject of a corruption probe.

President Cyril Ramaphosa said the government would work closely with the AG to ensure the money is spent responsibly.

Ramaphosa made the announcement in response to a written parliamentary question from DA MP Alf Lees who wanted details on the government’s measures to ensure that the Covid-19 relief funds are not mismanaged.

Lees questioned whether Ramaphosa intended to make use of the services of a team of experts from the AG’s office to assist various government departments and municipalities to monitor and manage the government’s R500 billion economic support package.

Ramaphosa’s response read: “The Auditor-General of South Africa plays an important role in assisting government to safeguard its ability to account to its citizens in this time of need and crisis. We will continue to work with the Auditor-General to ensure that all funds allocated for the support package are spent in a responsible and accountable way.”

He also said the National Treasury put in place a wide range of measures relating to Covid-19 expenditure.

“[This will] ensure that accounting officers and authorities strengthen their financial management, internal control, risk management and internal audit systems and ensure that these are transparent, effective and efficient,” Ramaphosa said.

In April, Ramaphosa announced the R500 billion social and economic support package to mitigate the impact of the novel coronavirus pandemic. The stimulus package amounts to some 10% of the country’s GDP.

Ramaphosa said R130 billion of the amount would be supported by reprioritising funds from South Africa’s existing budget.

The rest would need to be funded externally, the president said. National Treasury has had engagements with the New Development Bank, the World Bank, the International Monetary Fund and the African Development Bank.

But three months since Ramaphosa’s announcement, there are already people attempting to benefit illegally from the relief fund, which is meant to ease the impact of the virus on the economy and the livelihood of citizens.

Last week, the Special Investigating Unit (SIU) said fraudulent and corrupt tendencies have been creeping in, with the intention of illegally benefiting from the R500 billion social relief.

To date, 20 allegations of serious maladministration, fraud and corruption have been reported to the Health Sector Anti-Corruption Forum (HSACF), SIU spokesperson Kaizer Kganyago said in a statement.

Civil action, to the value of R10.6 million, has been instituted against implicated officials, he said.

More than 70 lifestyle audits are being conducted on implicated officials and 147 investigations have been completed on unlawfully registered health professionals, he said.

The government has also increased child grant payouts across the board while R350 distress grants are also available for those who have never received any form of government assistance.

A whopping R20 billion will also be allocated to municipalities to fund emergency water and sanitation supply, food distribution and shelter for the homeless.