The transport minister's plans envision a future where the sector is 'a major player in the economy', but formalising and regulating it is not easily attainable. 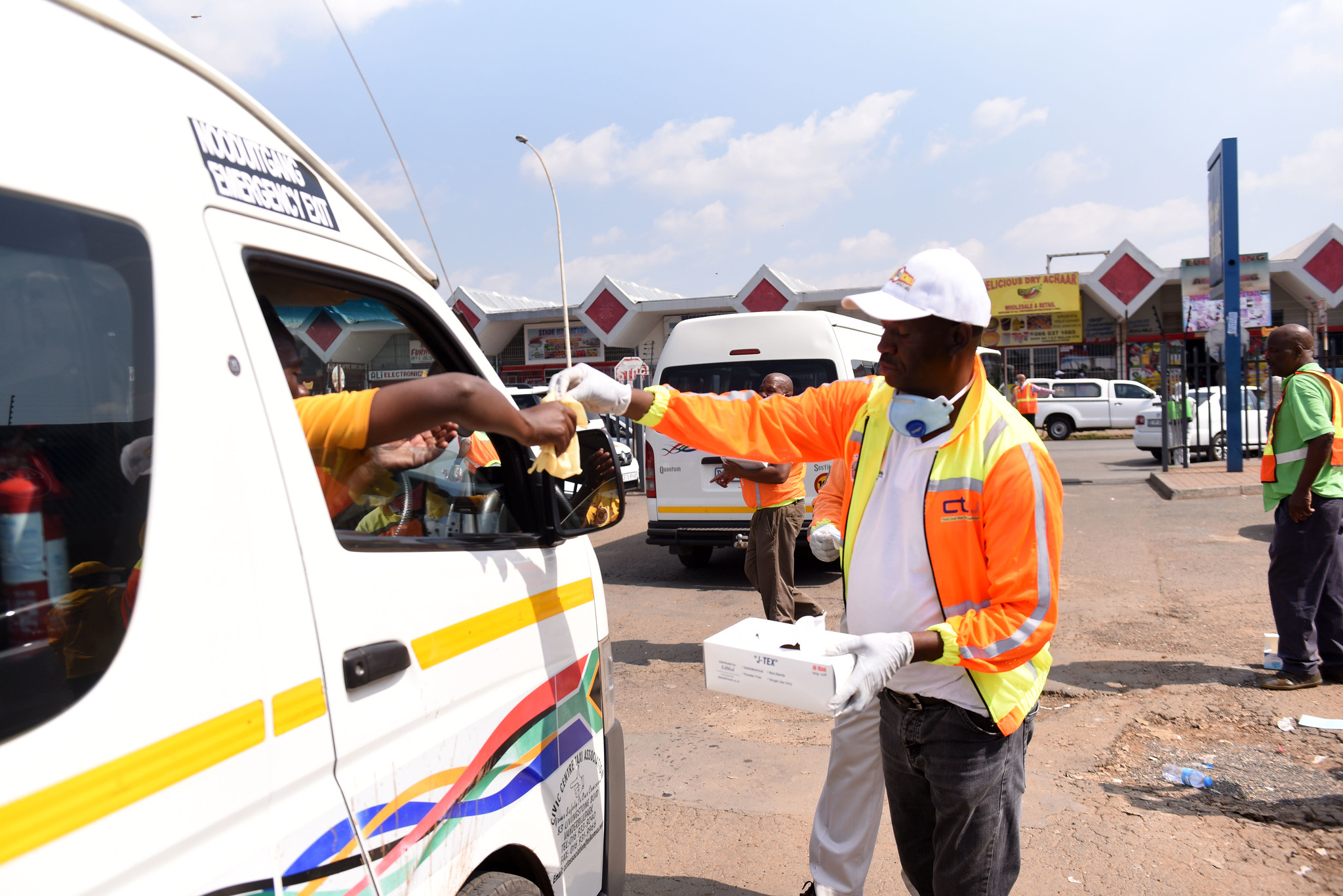 A taxi driver been given protective equipment at a roadblock. Picture: Nigel Sibanda

On Thursday, Transport Minister Fikile Mbalula launched the taxi lekgotla public disclosure platform, in the hopes of putting the industry on “a sustainable path”.

Mbalula’s plans envision a future where the sector is “a major player in the economy”, and to find lasting solutions to challenges marring the industry.

He hopes that the platform will be the first step in engaging “robustly” to voice concerns and come to a consensus on how best to run the largest, informal commuter network in the country.

But dreams to formalise and regulate the sector, although not new, are not easily attainable.

This is because historically, government has been unable to ensure safety and securities both in taxis and within the industry, said Outa CEO Wayne Duvenage.

As long as unroadworthy taxis filled to the brim continue to put commuters at risk with reckless driving, and as long as the sector continues to dodge paying corporate tax, nothing will change.

A major reason for this could be because of the nature of government’s relationship with taxi associations, which Duvenage said is “too close”.

“Nothing is broken, the taxi industry just gets away with so much.”

The taxi industry is already a major player in the economy, Duvenage added, with millions of commuters being ferried on a daily basis.

“Government needs to apply rules and laws to the industry property,” he explained. This includes checking vehicle conditions, driving abilities, licences and taxes.

For Duvenage, applying the law, rules of the road and getting the sector into the tax net is all that is needed to have a self-regulating industry.

In the lekgotla launch, Mbalula admitted that the sector is “not structured along legally recognised business units”, and that corporate tax obligations, as well as labour laws, are not being implemented.

He said the South African National Taxi Council (Santaco) was also not recognised as a representative body for the industry, which further weakens already ineffective law enforcement approaches.

For this reason, Mbalula seeks to move away from associations, towards an “apex industry representative body” that would represent every taxi operator in the country.

Duvenage found this goal to be a pipe dream and an unenviable task to manage by government. He expressed concern that the transport regulator who was meant to be appointed some time ago is still missing in action.

“Government loves radical plans instead of saying ‘We had something that worked and we need to fix it’. They need to unify practices and rules that apply, and government will never be able to manage this mess.”

Duvenage suggested it would be more effective to hold existing associations and drivers responsible for breaking the law, but lamented that every time someone looks away, the mess the industry finds itself in gets bigger.

“Go back to basics – hold people to account and fix the problems,” he explained.

Although Duvenage’s suggestions are echoed in Mbalula’s plans, how these plans will be achieved remains the primary obstacle in creating a sustainable sector.

Even Mbalula conceded that something needs to change, and plans to forge ahead to create “strong disincentives aimed at those who operate illegally with penalties that include monetary penalties, impoundment of vehicles, suspension of drivers’ licenses or a combination of measures.”

What complicates matters is the existing “significant” number of taxis operating without licences, including e-hailing services and seven-seater vehicles.

Whatever happens, however, Mbalula emphasised in the launch that the aim is to ensure that taxi operators are the beneficiaries of the programme, rather than banks, retailers and corporates.

“The end game is a taxi industry that is able to recapitalise itself and benefits of this business cascading down to the last operator on the ground,” he explained.

This will be conducted by “reimagining the Taxi Recapitalisation Programme”, with the department considering either establishing a cooperative bank owned by the industry, or the establishment of a national private company that will participate in economic activity on behalf of the operates, or a combination approach.

Duvenage said regardless of the plan, government cannot get involved in the financing and banking of the industry. If this happens, “we might as well provide baking facilities for agriculture and farming equipment”.

Due to the sheer number of commuters dependant on catching a taxi to move around, the sector is being singled out, despite being just one part of the integrated public transport system, consisting of trains, busses, bus rapid transport structures, the Gautrain, and even commuters walking to work.

Duvenage said the taxi industry should not be made out to be “the be-all and end-all of the public transport system”.