Mthembu was laid to rest on Sunday during an official government funeral held in his hometown of Emalahleni, Mpumalanga. 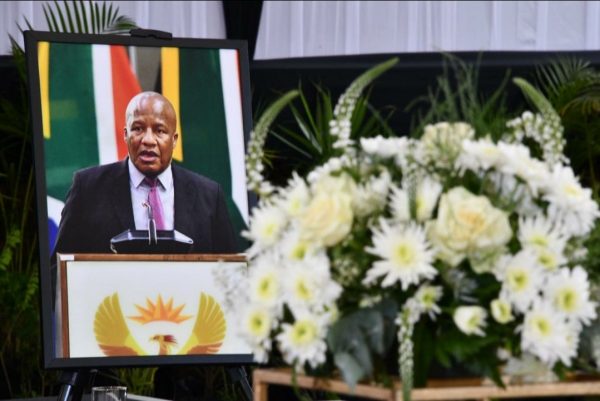 Leaders from all persuasions and the ANC top brass paid glowing tributes the Minister in the Presidency and ANC national executive committee member Jackson Mthembu whom they called a “servant of the people”.

Addressing a virtual memorial service for Mthembu on Monday, Deputy Minister for State Security Zizi Kodwa said Mthembu was “ANC through and through and his presences was synonymous with the flag of the ANC”.

“In him the people saw the ANC. He was the calibre of whom we could say his blood was black, green and gold without any fear of self-contradiction,” Kodwa said.

ALSO READ: Ramaphosa ‘weakened’ politically without Mthembu at his side – analyst

He said Mthembu was “cut of that rare cloth woven from scarce ingredients” that are woefully needed at this period of the country’s greatest need.

ANC veteran and former Mpumalanga premier Mathews Phosa, under whom Mthembu served as MEC for public works in the first administration, said Mthembu was a national hero.

“He was a practical person and if you ask him to do something, he would do it,” Phosa said.

He gave councillors in Mpumalanga a hard time because he demanded that they must work and account for people on the ground.

KwaZulu-Natal premier Sihle Zikalala said Mthembu represented the down-trodden masses and was a servant of the people.

“Mvelase was a workaholic and served the people on the ground,” Zikalala said.