‘Look ahead for it’, says Mbalula about e-tolls

MEC says provincial government would ‘spare no effort’ to oppose any attempts that sought to bring back system. 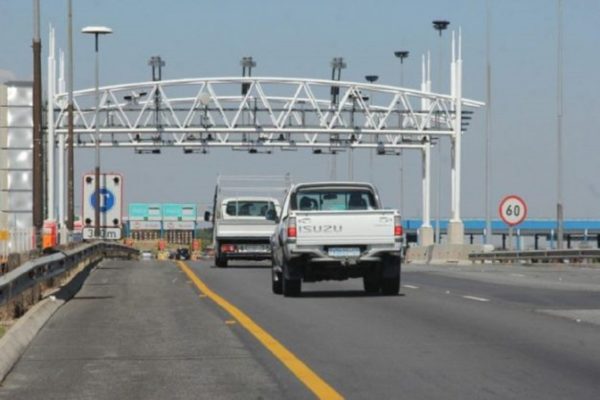 Vehicles passing through an e-toll gantry in Gauteng. Picture: Moneyweb

Almost a decade since e-tolls were first introduced on Gauteng’s freeways in December 2013, motorists could soon find out before the end of March government’s future plans for the much-loathed freeway improvement project.

That’s according to Transport Minister Fikile Mbalula who reiterated on Monday that there had been back and forth discussions with National Treasury on e-tolls.

“Look ahead for it [the announcement]. It is coming and we are attending to it,” Mbalula said, speaking at the launch of Prasa’s people’s responsibility to protect project in Pretoria.

“We have been going back and forth and looking at different options, especially with Treasury because we can’t do it alone. We’ve got to do it in concurrence with Treasury and then go back to Cabinet. Once Cabinet gives us the green light on the matter, we will be able to communicate its decision on e-tolls,” he added.

The minister first made a commitment to announce the future of e-tolls in February during a question-and-answer session in parliament.

At the time, he said government was finalising the funding model and tariff structure of the system.

Ramaphosa instructs ministers to come up with solution

In 2019, President Cyril Ramaphosa had instructed Mbalula, Finance Minister Tito Mboweni and Gauteng Premier David Makhura to come up with a solution to the matter. But nothing has been forthcoming on the matter.

Mboweni has often argued for Gauteng road users to pay for e-tolls because its government policy, while the Gauteng provincial government wants the system to be scrapped entirely.

Mbalula believes there needs to be a solution that would benefit all stakeholders.

Gauteng to ‘spare no effort’ in opposing e-tolls

Gauteng Roads and Transport MEC Jacob Mamabolo recently said the provincial government would “spare no effort” to completely oppose any attempts that sought to bring back e-tolls.

Mamabolo said the provincial government had written to Mbalula about scrapping e-tolls.

“But from where we stand as the provincial government, no regulation should have a relationship with the e-tolling system that we have clearly said was unnecessary in the first place.

“This system has clearly demonstrated to everybody that it’s a system that we shouldn’t have had in the first place and to that extent, we will await to see what the way forward is, but we are very clear on this matter that the people of our province have overwhelmingly rejected e-tolls,” Mamabolo said.

“Road users will be able to renew their licences, but the disc itself will be withheld until the outstanding e-toll-related infringements have been settled,” the roads agency said.

Sanral has been criticised by the Automobile Association of South Africa (AA), which said the agency’s threat was nothing new and the agency was pre-empting government discussions on the future of e-tolls in Gauteng.

The association said research conducted by the department of transport among Gauteng motorists found that “no amount of cajoling or threats of legal action” would convince the more than 80% of non-payers to change their minds.

“This gives the impression that the issue of e-tolls is finalised when, in fact, it is still very much in the air. By suggesting through this wording on their website – and alluding to such in interviews – that this is a done deal, Sanral is again demonstrating how desperate it is to coerce the public into paying for something they have taken a principled stand against paying,” the AA said.