Transport Minister Fikile Mbalula was supposed to present his ideas to parliament this month, but that also hasn’t happened. 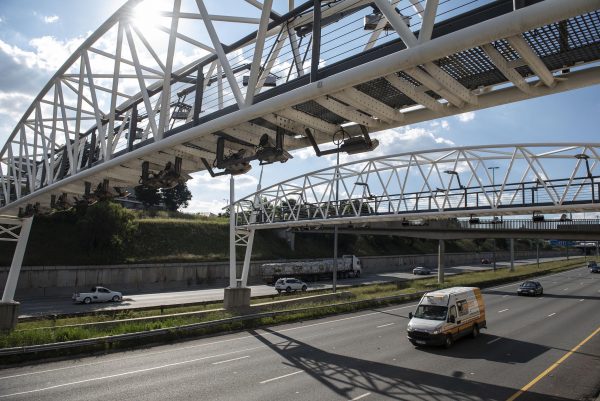 Here’s a brief timeline of the e-tolls fiasco

6 March, 2019: The South African National Roads Agency (Sanral) decides at a board meeting that it will no longer pursue criminal action against motorists with outstanding e-toll debt.

8 August, 2019: Sanral advertises a tender for a new six-year contract to collect e-tolls. This in reaction to the fact that the existing contract, with Electronic Toll Collections (ETC), is about to expire on 2 December, 2019.

21 August, 2019: Cabinet meeting held but no decision on e-tolls announced.

30 October, 2019: Mbalula says Cabinet is considering various options and a decision will be made in two weeks. Gauteng premier David Makhura says he is confident a solution is imminent.

30 October, 2019: Finance Minister Tito Mboweni says this in his Mid-Term Budget Policy Statement speech: “The reconfigured approach to Gauteng Freeway Improvement Project [GFIP] and its financing will be determined by the ministers of finance and transport after consultation with the premier of Gauteng and his executive council.”

20 November, 2019: Cabinet meets but still no decision on the e-toll matter is announced.

5 December, 2019: Sanral extends its expired e-toll collection contract with ETC for an additional three months, pending either a decision to scrap the scheme or the finalisation of a new e-toll tender for the new five-year contract .

13 December, 2019: Cabinet holds a meeting, saying it has noted its ministers’ report on e-tolls and a “final decision” on the recommendations will be made “in the new year”.

18 February, 2021: Mbalula says in parliament government is expected to announce a decision on e-tolls in March.

25 February, 2020: Makhura says in his State of the Province Address: “As the executive council, we made a strong and persuasive case to national government on the e-tolls. I have been assured by President Cyril Ramaphosa that a lasting solution has been found and an announcement by the president is imminent.”

26 February, 2020: Mboweni’s budget refers to the declining revenue from e-tolls as one of the risks to the fiscal outlook.

1 October, 2020: Mbalula says government wants to resolve the e-tolls issue so Sanral can go ahead with borrowing.

10 November, 2020: The Auditor-general tells parliament’s portfolio committee on transport: “The delays in the finalisation of the GFIP matter has negatively affected the financial sustainability of Sanral.”

16 November, 2020: Mbalula signs a performance agreement with Ramaphosa, which includes to develop a strategy for the implementation of the user-pay principle, with a target of “100% compliance with user pay principle by 2024”.

25 February, 2021: Makhura says in his State of the Province Address a lasting solution has been found and an announcement by the president is “imminent”.

16 March, 2021: Mbalula promises a decision on e-tolls is imminent.

30 March, 2021: Mbalula says he submitted a proposed solution on the e-toll impasse to Cabinet in November 2019.

6 May, 2021: Mbalula tells the National Council of Provinces an announcement with a solution will be made within the next two weeks, after the approval of his plan by Cabinet. However, the deadline comes and goes on 20 May, with no decision announced.

Elections 2021: ANC returns to Tshwane, 'city they lost', to launch manifesto
5 days ago
5 days ago

Elections 2021: ANC returns to Tshwane, 'city they lost', to launch manifesto
5 days ago
5 days ago