The Lotteries Commission also says Lamola's law firm had conducted a normal investigation rather than a forensic investigation. 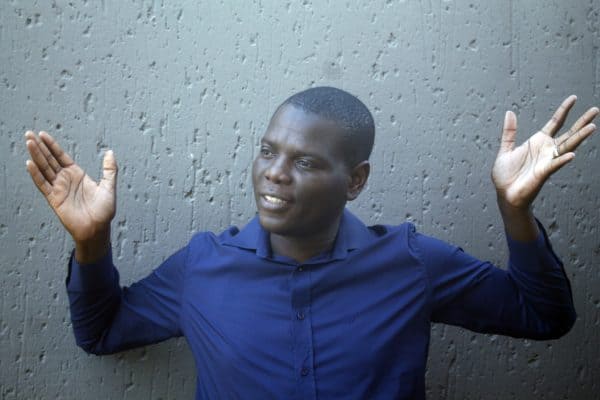 The National Lotteries Commission (NLC) has stepped in to provide clarity on the allegations levelled against Minister of Justice and Correctional Services Ronald Lamola.

This is after reports surfaced recently stating a law firm, Ndobela Lamola Inc (NL Inc), linked to Lamola bungled their investigation into the National Lotteries Commission.

According to GroundUp, the National Lotteries Commission had requested NL Inc to conduct an investigation in relation to corruption with Lottery funding.

However, the three forensic reports compiled by the firm were littered with forged documents while a key witness was alleged to have never been interviewed.

It was found that Lamola was a director in the NL Inc when two of three reports were initially submitted.

ALSO READ: How a hijacked organisation scored millions from the national lottery

The matter relates to the R27.5 million which a hijacked non-profit organisation (NPO) – Denzhe Primary Care – received from the Lotteries Commission in 2016 to build a drug rehabilitation centre in Pretoria.

The project on the centre, however, was never completed and at least R20 million of the R27.5 million given to Denzhe is unaccounted for.

The case also revealed how the brother of the NLC’s Chief Operating Officer (COO) Phillemon Letwaba headed up a construction company that received the contract to build the centre.

Lamola not involved in investigation

While NL Inc found that there was no evidence of corruption at the NLC in their reports, the commission has since said that Lamola was not involved in the investigation.

“It must be stated that the Minister did not interact with the assignments of the NLC, even during his tenure as director of the said law firm,” the NLC said in a statement.

The NLC said the law firm had conducted a normal investigation “aimed at fact-finding on issues raised and alleged around the Denzhe project” rather than a forensic investigation.

“This insinuation that it was a forensic investigation is therefore incorrect and misleading to the public. The firm was provided with the terms of reference, documents and statements to work on in assessing the issue and making recommendations to the NLC.

“The law firm was never appointed for forensic work, nor was it expected to verify the authenticity of documents provided to it in the ordinary course of their investigation. The allegations around the authenticity of the document remains, in our understanding, sub judice and will be determined at some point,” the commission said.

“Such a figure could only ever be a cumulative amount that includes other work that the law firm has undertaken as a panellist for the NLC.”

The Pretoria High Court on Friday dismissed, with costs, an application by Denzhe Primary Care director, Liesl Moses, for an urgent interdict to stop the Special Investigating Unit (SIU) from investigating or questioning her about a sum of R27 million that she had allegedly received from the NLC to build the drug rehabilitation centre.

Moses had approached the court in June with her application.

She was due to appear before an SIU hearing that month to answer questions about the dodgy payment to Denzhe, which she allegedly helped hijack from its original founders, in order to receive the said grant.

The SIU has since welcomed the ruling after the hearing was cancelled when Moses approached the high court.