In a statement on Sunday, the DA confirmed ongoing fears about the state of food security in the province of KwaZulu-Natal following widespread looting, arson and sabotage. 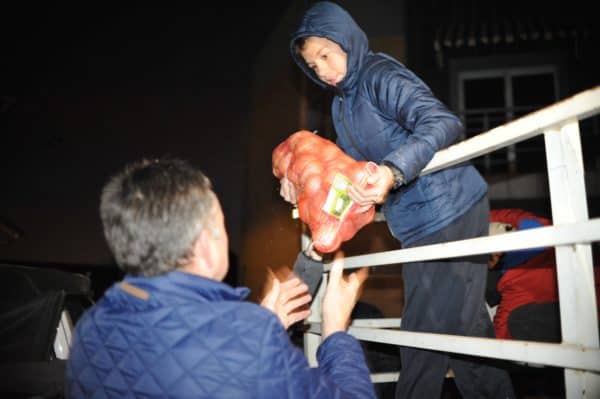 In a briefing on Saturday afternoon, premier Sihle Zikalala had said there were encouraging signs amid the ongoing struggles to rebuild the economy of his province following last week’s rioting, sabotage and looting, which left more than R20 billion in damage in eThekwini alone.

He said the unrest had affected eThekwini (Durban) and Msunduzi (Pietermaritzburg) worst.

The premier said many rural towns had also been badly impacted.

“The majority of our towns are already experiencing severe shortage while about 32% are at a moderate food shortage. Only 4% are reported to have enough food supply.”

Zikalala said they were considering the possibility of declaring a state of disaster in the province.

163 cases of murder were being investigated in the province, with 87 inquest dockets having been opened. Twenty murder cases were opened.

On Sunday, the DA said it had conducted a three-day oversight visit to rural KwaZuu-Natal towns to “assess the impact of the tumultuous events of the past fortnight on food security and the farming sector”.

While food donations had started to trickle in, an emergency social assistance programme was needed to prevent a “full-blown food security crisis from unfolding in the short term, especially among some of the most vulnerable communities in these towns”, said DA MP Annette Steyn and member of the provincial legislature Martin Meyer.

“The scale of the looting differed variably in each area that we visited, with Nongoma and eSikaleni standing out as some of the hardest-hit areas of those we visited. We received reports of other towns also being destroyed in totality or in part.

“The total destruction of both malls in eSikaleni has left thousands of people unemployed and people now dependent on Empangeni to buy food and other much-needed necessities. In Nongoma, only one food store managed to open and people were queuing outside of town with police controlling access of just 60 people at a time into town.

“Along the pre-planned route that we took, we came across farms that showed signs of burning and disturbance. Representatives from local farming communities told us that not only had they been manning road blocks to protect towns from further looting, they had been fighting raging fires for several days to stop them from causing further damage to their farming operations.”

They said farmers had raised several issues which they said could slow down the recovery rate from the looting and arson campaign, namely:

“This multi-faceted disruption to farming will have a disproportionate impact on the poor. Agriculture jobs, which are the lifeline of rural communities, will be negatively affected, leading to a spike in unemployment and loss of income.

“Worse still, some of the rural towns we visited are still in the grips of a foot and mouth outbreak. The events of the past two weeks may potentially exacerbate the problem. If this happens, this could be devastating to farmers trying to pick up the pieces from the losses that they suffered from the looting and arson.

“An urgent intergovernmental effort is needed to starve off a food security crisis in KZN rural communities. This should be matched with a targeted support programme to assist farmers who suffered notable losses as a result of the damage inflicted on their farming operations.”