Mkhwebane tells Ramaphosa why she shouldn’t be suspended 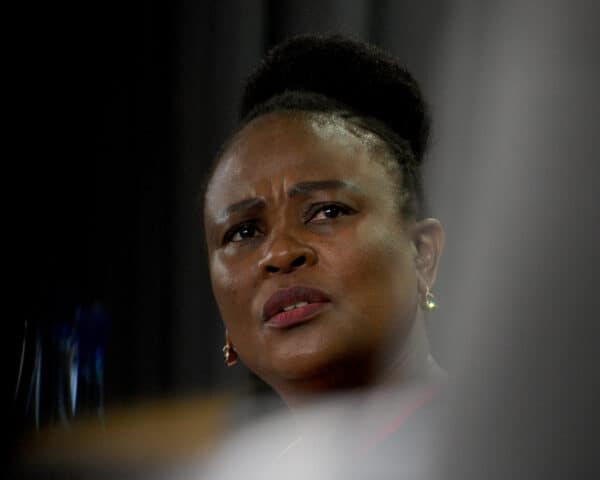 Public Protector Busisiwe Mkhwebane will have to wait to find out whether she will be suspended or not pending a court judgment.

The Presidency has confirmed that Mkhwebane has submitted reasons why she should not be suspended by President Cyril Ramaphosa amid Parliament’s impeachment process against her.

“The Public Protector has complied with the agreed deadline of May 26 and the president will now give due consideration to the submission,” the Presidency said in a statement on Friday.

Ramaphosa had written to Mkhwebane on 17 March asking her to explain why he should not suspend her and gave her 10 days to respond.

This is after National Assembly Speaker Nosiviwe Mapisa-Nqakula informed the president in the letter – dated 10 March – that Parliament’s Ad Hoc Committee on the Section 194 Inquiry would proceed with Mkhwebane’s impeachment.

The Public Protector’s interdict application was heard by the Western Cape High Court last week, with the full bench reserving its judgment.

Mkhwebane had filed her papers in two parts.

In part A, she seeks an order forcing Mapisa-Nqakula to halt the impeachment process and prevent Ramaphosa from suspending her.

The Public Protector has asked the court, in part B of the application, to declare Mapisa-Nqakula’s decision to send a letter to Ramaphosa as “unconstitutional” and “invalid”.

She also wants Ramaphosa’s letter to her declared unlawful.

READ MORE: ‘By hook or crook, but mostly crook’ – Mpofu on plans to impeach Mkhwebane

During the interdict proceedings last Wednesday, Mkhwebane’s lawyer, advocate Dali Mpofu, said that Ramaphosa was conflicted as the Public Protector’s office has ongoing investigations involving him.

Due to these ongoing probes, Mpofu argued Mkhwebane would not have an issue if Ramaphosa delegated any other official in the Presidency to suspend her, as long as it’s not him personally issuing the suspension.

The investigations are reportedly related to the controversial South African Air Force flight to Zimbabwe in 2020 on which senior ANC officials received a lift, allegations of judicial capture and claims that Ramaphosa knew about the abuse of state funds during the ANC’s elective conferences.