If we contain everyone, it should allow people to shed the virus – Mkhize

With the flu season on its way, the health minister also encouraged people, especially the elderly, to get vaccinated to ensure a limited impact of influenza. 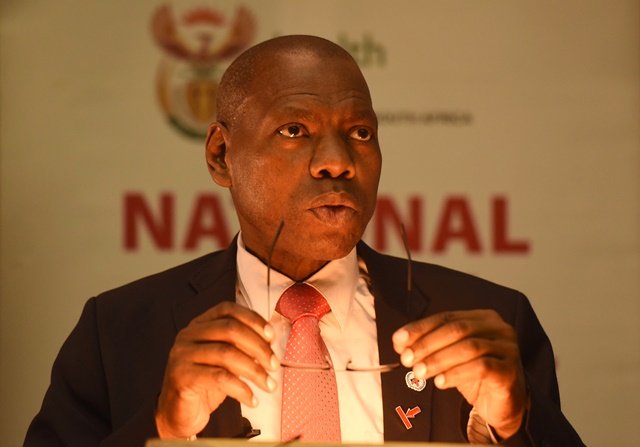 Health Minister Zweli Mkhize says while there might be an increase in the number of novel coronavirus (Covid-19) cases in the next week, he is confident the lockdown measures announced by President Cyril Ramaphosa will have an impact.

“We expect that probably if there should be a change, we should probably start seeing it in the third week.”

On Monday, Ramaphosa announced that a countrywide lockdown would be imposed from Thursday at midnight.

This, as the department of health announced on Tuesday that the number of infected persons had increased to 554 confirmed cases. Two of these cases are in ICU at private hospitals, Mkhize said, adding that no deaths were recorded.

“The theory and the thinking [is that] if we contain everyone with potential infections it should be possible to allow as many people to shed the virus without any spreading.”

To identify infected persons, the department said it was now compulsory for every clinician and pathology laboratory, both private and public, to ensure that every patient provides full personal details when testing. That includes the patient’s full names, identity number, physical address and an alternative contact number.

With the flu season on its way, Mkhize also encouraged people, especially the elderly, to get vaccinated to ensure a limited impact of influenza.

Encouraged by the low number of internal transmission, he said once movement was frozen, government would be able to go to densely populated areas such as townships and informal settlements to check for infections.

Meanwhile, the department was continuing its search for people who attended a church gathering in the Free State where five people tested positive for Covid-19.

Mkhize said the provincial health department was looking for at least 600 people who may have been in contact with the five tourists, who came from the United States, Israel and France.

He said the infected congregants had arrived for the church gathering between 9 and 11 March. An estimated 200 people attended the church event.

“The concern about this is that of those who were in the church, we have found a number who were positive but in addition, we are aware that people have moved and spread to different parts of the country,” he said.

“For that reason, we are aware that they may have come into contact with people and might be potentially posing a risk of being infected.”

Mkhize called on those who attended the church service to come forward and avail themselves for testing.

“We are going to try and contain that situation because we don’t want to be in a situation where the spread continues and the people who were there, are now coming into contact with people,” he said.

“South Africans must allow themselves to be tested and to go through proper guidelines. Please let us protect you. We need your commitment, and [compliance] with this. If there is resistance, we will deal with it through the law.”

He added that the department of health would do a thorough check to see how many more of the churchgoers could be identified.

A public announcement would be made once the missing congregants were identified, he said.

The minister told journalists that after showing symptoms, the five travellers were tested and quarantined at the bed and breakfast where they were staying.