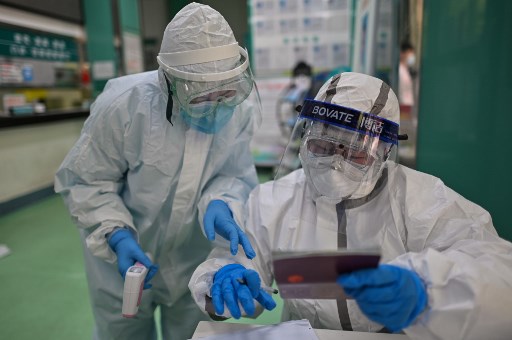 The courier company that lost a cargo of Covid-19 samples in transit on the N2 in the Eastern Cape has been fired for negligence and risking human life, the National Health Laboratory Service (NHLS) said in a statement.

Chetty said the actions of the courier company and their staff were found to be negligent and a risk to human life.

Announcing the sacking, Chetty said: “The loss of the specimens amounts to a violation of the patient’s rights to protection of their medical records, privacy and confidentiality and the right to dignity. It potentially places the lives of those patients and their families at risk as well as those members of the public that may have come into contact with any positive specimens.”

On Monday, eNCA reported that a jogger discovered hundreds of test kits on the N2.

The NHLS told News24 at the time that it had sent a manager to the site to collect the samples.

There were 80 samples in total and the bulk were for Covid-19 testing, it said. Among those were three urgent samples referred from the NHLS laboratory in Bhisho.

An initial report from the courier company suggested that the samples were lost after the bakkie’s canvas cover opened without the driver realising it.

The tests lying on the road was disappointing, it seems to be the courier company, we’ve asked these services to be suspended. We cannot have this type of negligence. We are grateful to those who spotted and reported this matter. @Radio702— Dr Zweli Mkhize (@DrZweliMkhize) June 30, 2020

The pathology services institution also said it sent nurses to retest the people whose samples were found on the roadside.

“At a time when our country is dealing with a state of disaster due to the Covid-19 pandemic, these actions are reprehensible and the NHLS has taken swift action to terminate the services of Gibela Trade and Invest,” said Chetty.

Two other courier companies that are already contracted to the NHLS in the Eastern Cape have agreed to take over the routes that were covered by Gibela Trade and Invest.

Tabita Makula, Eastern Cape regional manager at the NHLS, said: “We are grateful to our other courier suppliers for stepping into the gap and assisting us at short notice, their efforts to extend their service so quickly will ensure that specimen transportation will continue with as little disruption as possible”.

News24 reliably obtained a cellphone number of a director of Gibela Trade and Invest. However, calls continuously went into voicemail without ringing.

Daily hacks: Nail growing tips and tricks that everyone should know
1 day ago
1 day ago

Daily hacks: Nail growing tips and tricks that everyone should know
1 day ago
1 day ago