Research revealed evidence of lead being toxic and associated with health issues such as reductions in IQ scores, behavioural problems, shortened concentration spans and learning difficulties. 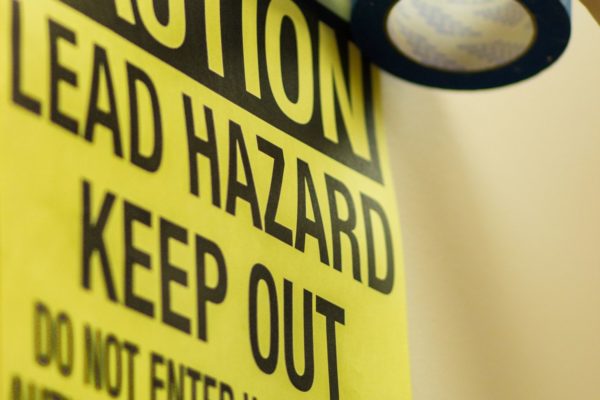 Two government departments, a state-owned medical research agency and a non-profit organisation are working together to reduce lead paint hazards in South Africa.

This comes after Health Minister Dr Joe Phaahla gazetted his intention to declare lead paint or coating material to be a group II hazardous substance on 22 October 2021.

According to a joint media statement released on Monday by the Department of Health, Department of Forestry, Fisheries and Environment (DFFE), the South African Medical Research Council (SAMRC) and groundWork, lead is poisonous.

“For centuries, lead was added to certain paints to increase durability, speed up the drying process, resist corrosion and keep colours bright,” the statement read.

The group said research has revealed clear evidence of lead being toxic and associated with a wide range of health effects.

Toxic to ‘virtually all organs’

Back in 2019, SAMRC called for lead paint to be banned in South Africa.

Researchers said it was toxic to “virtually all organs, including the central nervous system and brain, the reproductive system, the kidneys, the cardiovascular system, the blood and general immune system”.

Moreover, it would be significantly more cost-effective to ban new sources of lead paint, rather than to remediate contaminated homes, schools and playgrounds.

In addition, the manufacturing process of paint without added lead would not involve a significant additional cost either, as alternative ingredients are available.

“More recent studies point to a link between lead exposure and aggressive or violent behaviour,” the statement said.

Young children are said to be at the highest risk of both exposure and harmful health effects, some of which may be irreversible.

More recent studies point to a link between lead exposure and aggressive or violent behaviour, the SAMRC said.

According to the release, children become exposed to lead mainly through dust and soil, where tiny lead particles may end up.

In addition, the entities said there was no known safe blood lead level, as even 3 micrograms per decilitre may be associated with decreased intelligence in children, behavioural difficulties and learning problems.

“As lead exposure increases, the range and severity of symptoms and health effects also increase.”

To reduce lead exposure, government has since phased out the use of lead in petrol, funded research to identify vulnerable groups and locations, and mounted numerous public awareness campaigns.

After a series of studies undertaken by the SAMRC’s lead poisoning prevention research team in 2019, ongoing exposure to lead paint among South African children was discovered.

“We are also making these limits apply to all paints produced, sold and used in South Africa, or imported into the country,” he said, adding that previously, regulations had only applied to paint intended for household use.

Meanwhile, the DFFE’s deputy director-general responsible for chemicals and waste management, Mamogala Musekene, said the issue of lead paint had been prioritised and that government was working to facilitate the swift transition of the industry to lead-free paint.

She said together with the health department, SAMRC and groundWork would be spearheading multiple public education initiatives on lead in paint hazards.

SAMRC’s environment and health research unit director, Professor Angela Mathee, reminded citizens that apart from new paints, health concerns are also warranted over the harmful legacy of old lead paint applied to houses, schools, playground equipment and other items in the past.

groundWork’s environmental health campaigner, Rico Euripidou, said he was pleased about the legislative actions taken to reduce the lead content of paint.

“We urge government to move swiftly to eliminate other sources of lead that pose a risk to the environment, the ecology and public health.”