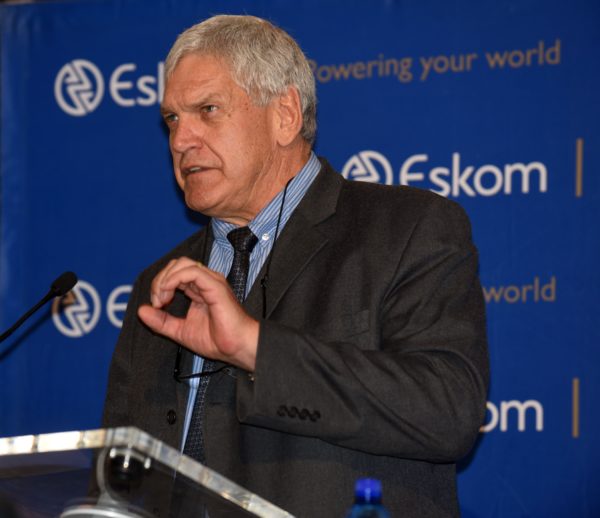 Eskom on Monday shared an update on the power utility’s operational performance. Unfortunately, load shedding is here to stay.

Load shedding was implemented over the weekend, and scheduled power outages will continue into Tuesday while additional unplanned outages have been reported.

Here’s what Eskom management had to say about the energy crisis in South Africa.

Eskom State of the System

Eskom’s generation business – under the helm of Eskom’s chief operating officer (COO) Jan Oberholzer – remains a concern, “mainly due to its age and a legacy of poor maintenance”.

Oberholzer acknowledged the burden of load shedding and the “significant damaging effect” it has on the economy and apologised for the current state of affairs.

“We do have plans and focus areas. We deal with a situation and system that is unreliable and unpredictable, and how neglected power stations are.”

The COO said the challenges Eskom face “are huge, but we are chipping at it, we are moving forward”.

On the generation side, it’s not where we want to be but we have reasons for being where we are.

Yet Eskom’s energy availability factor (EAF) has declined to 65%, against a target of 70% EAF. Eskom blamed this on maintenance and unplanned outages.

Oberholzer admitted Eskom’s energy availability “is poor, it’s not where we want it to be”, adding that the EAF was above 70% three years ago.

Oberholzer explained “time and money” is needed to turn the tide at Eskom with regards to reliability maintenance.

“You need time to plan [for an outage], you need to get resources, spares, and materials in place. And quite important, you need money as well.”

He said Eskom will increase its planned maintenance in order to improve energy availability and blamed the current state of affairs on an “unreliable system”.

The reliability maintenance plan was meant to be implemented in 2020, however, Oberholzer said Eskom lost time at the beginning of the programme due to the pandemic.

“Initially we believe 18 months of reliability maintenance will take to a situation where we can minimise and reduce the risk of load shedding.”

“We never said we will eliminate load shedding”, Oberholzer added.

Poor maintenance, yet ready for rain…

Eskom is making a concerted effort to continue improving its coal handling ability to reduce the risk of wet coal incidents for the coming rainy season.

While there has been an improvement on this key performance area during the past rainy season, more investments to enhance the wet coal strategy still need to be done.

To put our minds at ease, – if it’s even possible at this stage – Oberholzer said:

On a lighter note, Oberholzer said Eskom is “extremely committed to make sure there is no electricity challenge going through” the upcoming local elections that are around the corner now.

Generation, transmission, and distribution colleagues will be on standby from Friday “until after the voting has taken place” to assist with any challenges Eskom may experience.

Brace yourself for Stage 2 load shedding, says Eskom
11 mins ago
11 mins ago

Bedfordview power supply restored after three days of no electricity
1 day ago
1 day ago
PREMIUM!

Brace yourself for Stage 2 load shedding, says Eskom
11 mins ago
11 mins ago

Bedfordview power supply restored after three days of no electricity
1 day ago
1 day ago
PREMIUM!