Metro police have responded to a video showing a terrifying robbery that took place on 27 February. 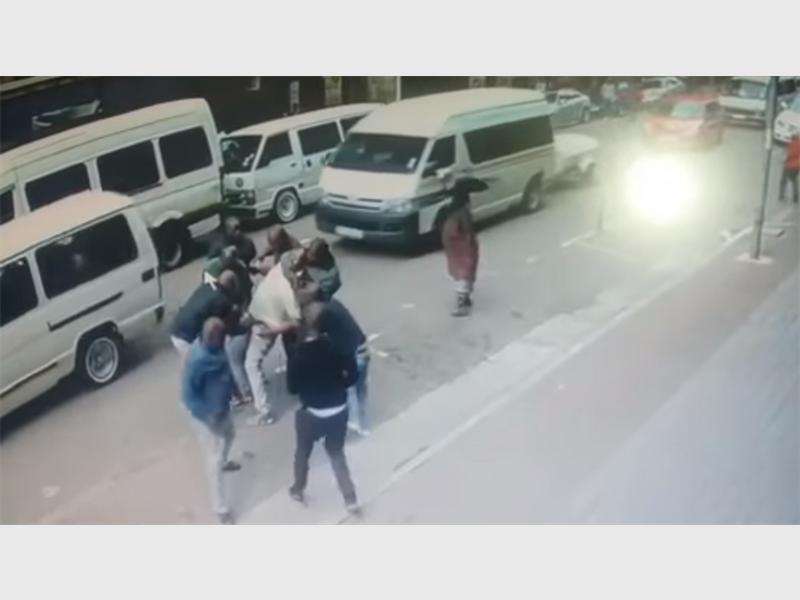 A screenshot of the video showing the eight suspects robbing the victim.

A video has recently surfaced depicting a horrific robbery that took place in Hillbrow on 27 February, North Eastern Tribune reports.

The video begins with a man getting off a taxi before eight suspects approached him.

One suspect placed the victim in a chokehold while the others grab everything in his pockets before making off with his belongings.

Chief of the metro police, David Tembe, said: “The newly established Undercover JMPD Unit who is working in collaboration with Saps will follow all information and detail of these suspects so that they can be arrested.”

Chief superintendent Wayne Minnaar of the Metro Police said: “Observing the video footage, Chief Tembe is of the view that these are the same suspects who were arrested for a similar crime in 2010, but have been released from prison and are committing crimes again.”

He added that the community is encouraged to assist police to have these suspects re-arrested. If anyone has any information which can help police arrest the suspects, they can call Metro police radio control room after hours on 011 375 5911.