Footage from Blue Security’s Andreas Mathios accompanies speculation the car was stolen and abandoned on the railway line. 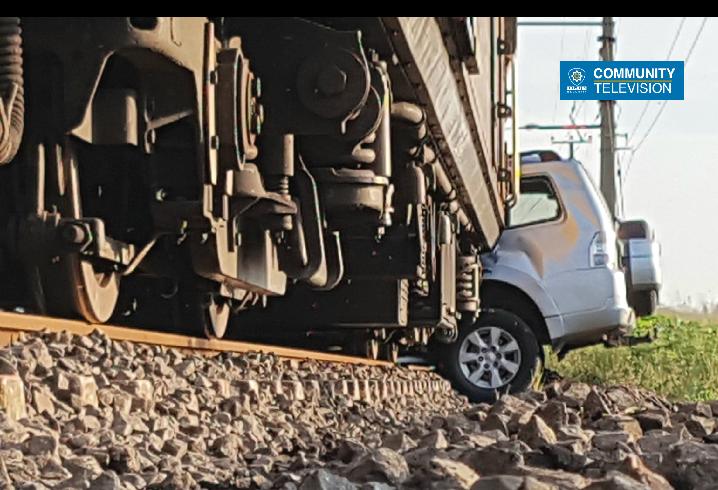 A screenshot of the video which captured a train ploughing into an abandoned vehicle.

A train driver ran into an abandoned car at a railway crossing as she was travelling towards Amanzimtoti at Umgababa in KwaZulu-Natal yesterday morning, South Coast Sun reports.

While details of the incident are not yet known, Mathios said Umkomaas police were investigating a case of car theft. Police responded to the scene.

No injuries were reported. The vehicle appears to have been jostled by the train, although it remained on its wheels on the track by the time the train stopped against it.