The road is open, however, rush hour traffic was severely backed up. 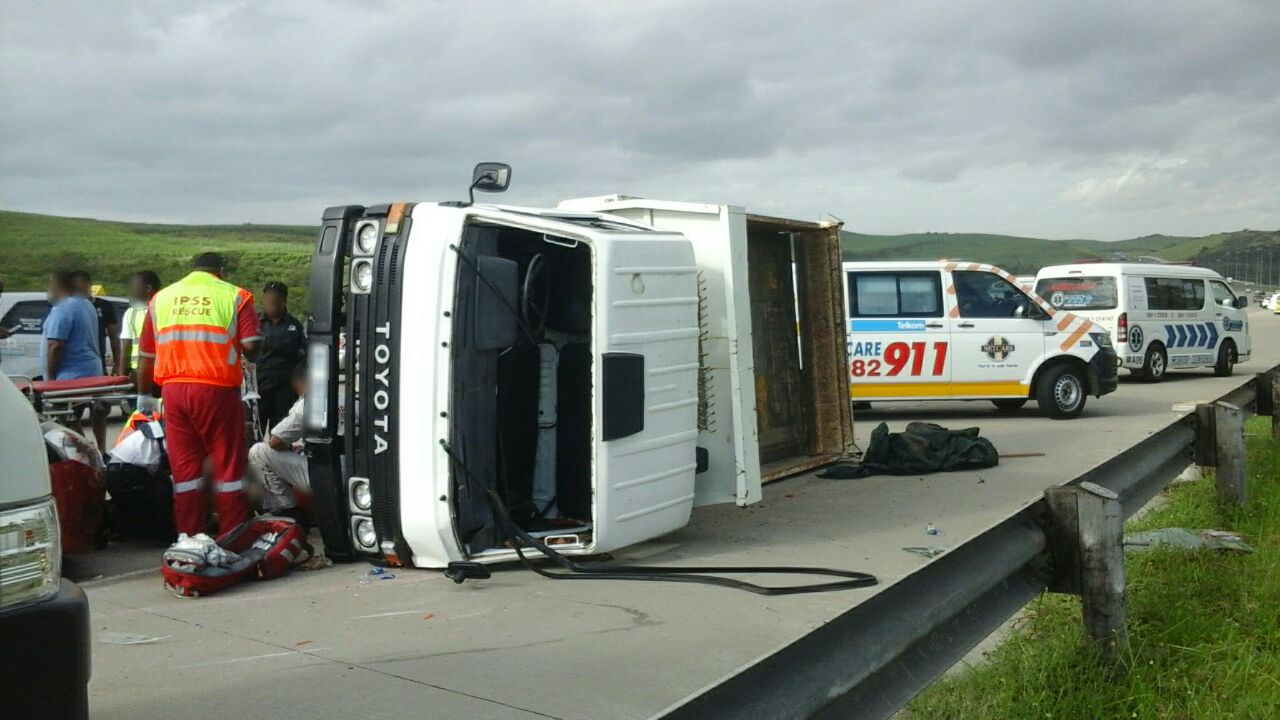 A man who was travelling on the back of a truck, fell off and was critically injured. Photo: Netcare 911.

A man has been airlifted to hospital after being critically injured in an accident on the N2 southbound just past King Shaka International Airport this morning (Tuesday), North Coast Courier reports. 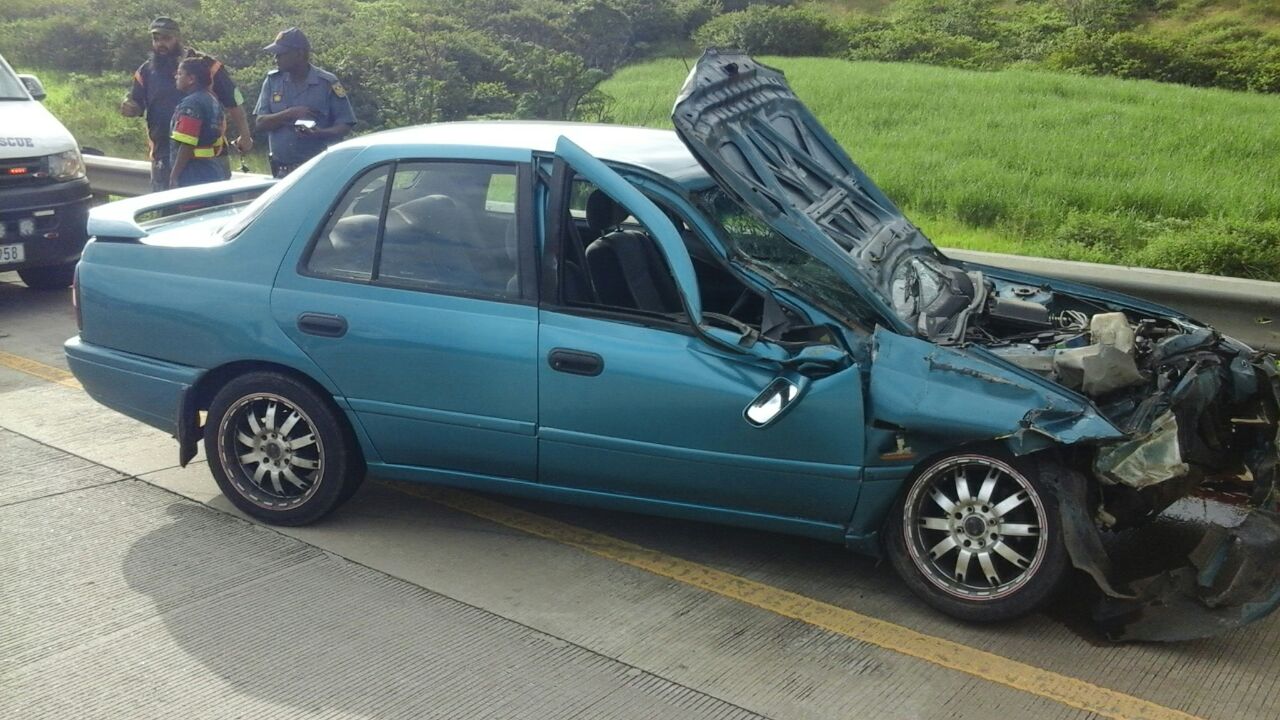 Three cars and a truck were involved in the accident. Photo: Netcare 911.

One of the victims was critically injured and was airlifted to hospital.

Paul Herbst of IPSS Medical Rescue said: “Three cars and a truck were involved in a collision. The patient that IPSS is flying, fell off the back of a truck when a vehicle travelling behind the truck drove over him.”

The road is open, however, rush hour traffic was severely backed up. 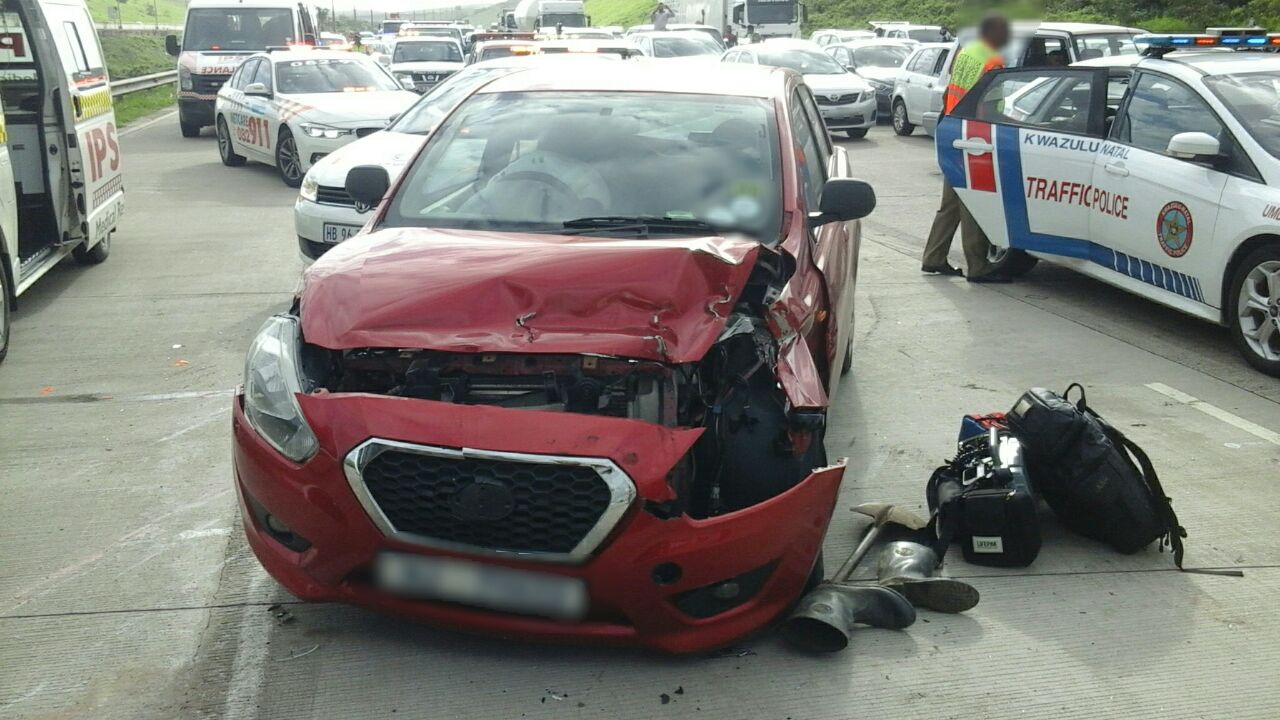 The Road Traffic Inspectorate, SAPS as well as metro police were on scene.