No LED lights allowed on the road

This is in terms of the National Road Traffic Act. 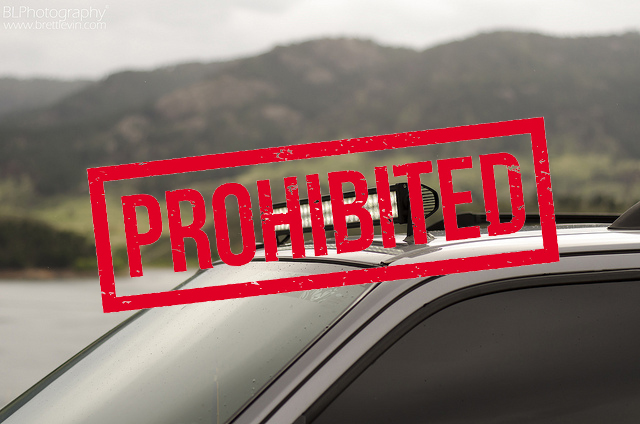 “LED lights are not only illegal, it’s downright dangerous.”

This is according to traffic law enforcement deputy director in the Department of Community Safety, Security and Liaison, Wynand Labuschagne.

He explained to Lowvelder that in terms of the National Road Traffic Act, LED lights are not permitted – not when it is covered, and even when the light is not connected.

“The traffic act does not allow the display of LED lights whatsoever, and this is a stern warning that the department will clamp down on motorists who have it fitted. It is strictly against the law,” Labuschagne emphasised.

“The utilisation of LED lights has become dangerous, and the use thereof could lead to accidents which could lead to fatalities,” he said, warning users of such lights that their behaviour constitutes inconsiderate driving – which in terms of the law, is punishable.

Numerous offenders were caught during the recent Easter weekend, and culprits were fined heftily while also being ordered to remove them.

Labuschagne also strongly condemned the abuse of mounted lights that are supposed to only be used by emergency personnel and law enforcement officials. These include green, blue and yellow lights. He explained that persons allowed to have such lights include security practitioners, traffic law enforcers, police, military, towing services, disaster management officials, emergency health practitioners and professional hunters, as well as those who transport visitors around national parks and game reserves.

“In terms of the law, blue lights should only be displayed by law enforcement officers who include the police and traffic officers. Any other persons displaying such lights shall be charged with impersonation of law enforcers,” Labuschagne stated.

He also elaborated that green lights are reserved for use by disaster management employees or any other people who may have been activated in terms of Disaster Management Act.

“Towing service vehicles should mount orange lights on top of their vehicle’s roofs which should be used when attending accident scenes,” he said.

Even with lights that are legal, motorists should consider other road users when on the road.

“Drivers have developed a tendency to switch headlights on unnecessarily, which impacts other road users negatively,” he explained.

He has thus called for an end to the fitting of lights other than factory-fitted lights on individual vehicles, as various categories of lights are only reserved for those who have permits, and such permits are usually granted to individuals based on their occupation.