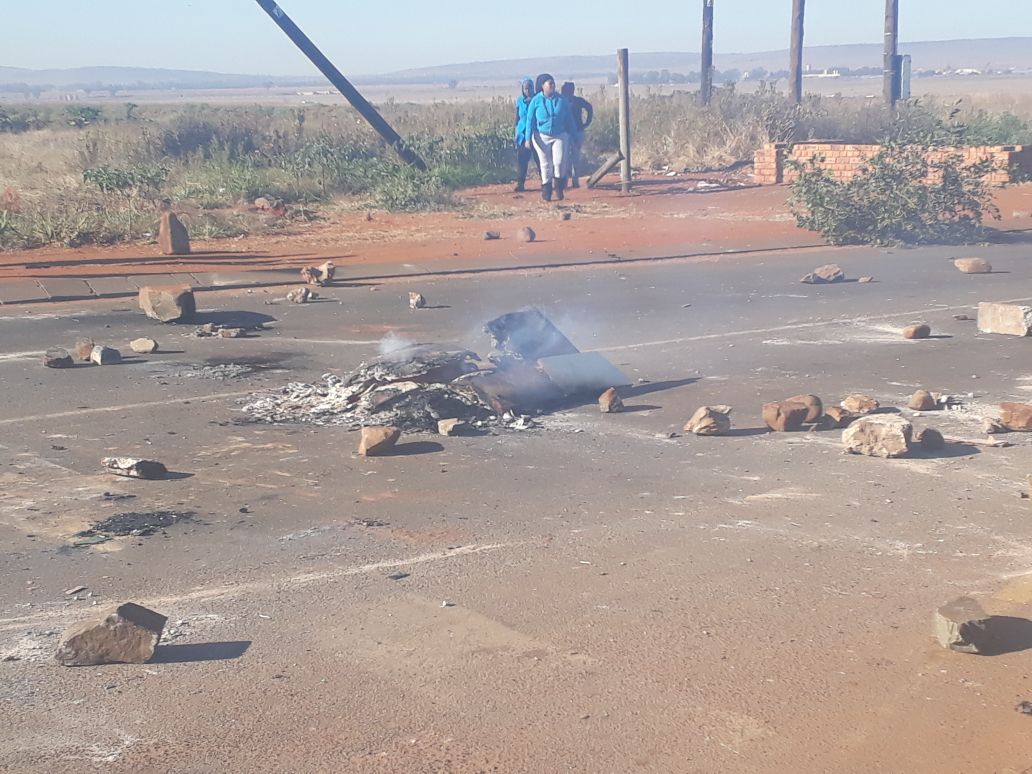 Glen Ridge residents in Protea Glen, Soweto, have barricaded roads leading in and out of the area in protest of proposed illegal settlement on land earmarked for development in the area, Soweto Urban reports.

Residents closed down the main routes as early as 5am this morning, and are now demanding to speak to the councillor.

“We are going to keep these roads closed for as long as these people keep trying to build shacks here,” said a Glen Ridge resident who did not want to be named.

The residents are concerned with the building of an informal settlement next to their homes, which they fear will decrease the value of their homes according to residents, Leah and Laurence Khiba.

“When they move here, where are they going to get water and electricity? They are obviously going to steal it from us,” Leah Khiba continued.

SAPS and JMPD are monitoring the situation, but are unwilling to give an official comment.

Women in the area appear to be in control of the situation, and keep making utterances about the lack of male leadership within the protest.

According to residents, they are currently awaiting Ward 135 councillor Elliot Sithole to address them.