Mrs SA semi-finalist is an officer on a mission

She wants to challenge the perception of society of how a married woman should carry herself. 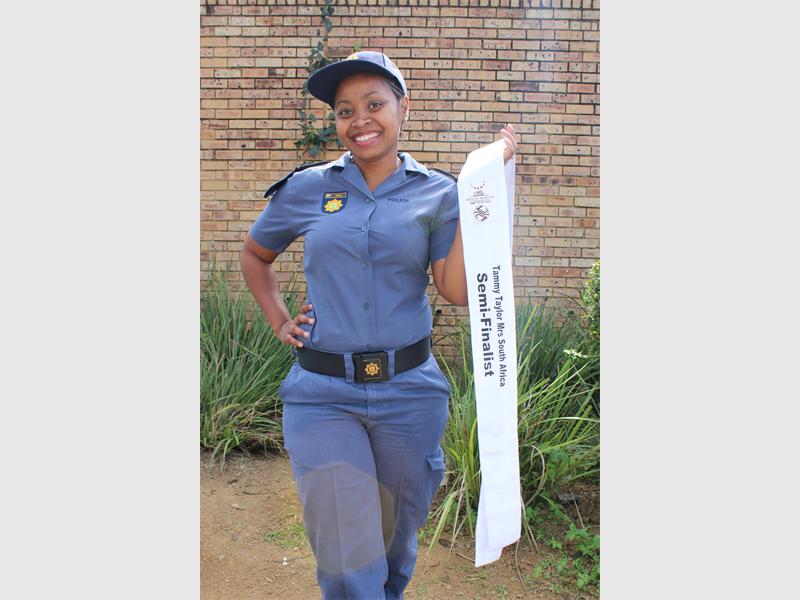 Constable Sandra Sibeko is a semi-finalist in the Mrs South Africa pageant.

Constable Sandra Sibeko is not just an ordinary officer from Midrand Police Station.

She is a Mrs South Africa semi-finalist on a mission to inspire all women, especially in rural areas, Midrand Reporter reports.

The mother to Luyanda (11) and Unathi (7) said she entered the pageant to make something of herself and to motivate other women. Having been born and bred in the rural area of Winterton in KwaZulu-Natal, Sibeko said she wanted to challenge the perception of society of how a married woman should carry herself.

“Growing up in the rural areas, a married woman is expected to be always in an apron, neglect herself and mainly put her family and household first,” she said.

“That is how we were raised. We were told what to do and what not to do. I want to encourage married women that they can still follow their own dreams.”

Sibeko, who declared her love for her family, said that she had lost herself in her duties as a wife, mother and a working woman. “I realised that I was no longer doing things for myself. Everything was about the children, my husband and my work. They have their own life to live, they have hobbies and friends. I needed to have a life too and have fun.”

The vibrant officer said she would not have had the courage to enter beauty pageants during school days because she did not fit the physical criteria. “It’s the first time I enter a pageant. I love Mrs South Africa because I can go as I am, my own size with my stretch marks and still not be judged.”

She said she hopes to also inspire her 11-year-old daughter to have confidence and follow her dreams with her journey to Mrs South Africa. She added that the pageant has helped her overcome her fear of being seen or heard.

“I want women to know that they are enough and to accept themselves as they are. A lot of people have an idea of how one should be. Women should not conform to other people’s perspectives about themselves but their own. There are a lot of opportunities out there to explore. Go out and have fun.”

To vote for her, SMS ‘Sandra Sibeko’ to 35959 or go to the Mrs SA Facebook page and like her picture.