WATCH: Lions spotted on Foskor Mine premises in Phalaborwa

A Phalaborwa resident spotted lions early on Wednesday morning within the vicinity of the Palaborwa Mining Company. 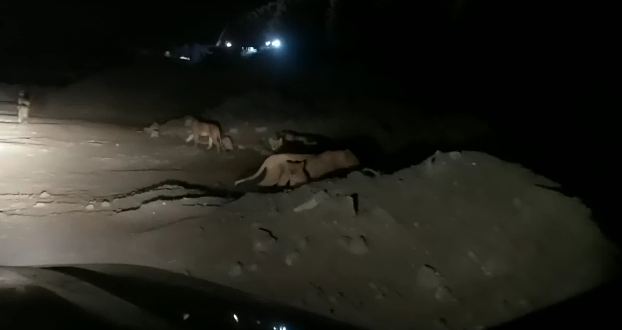 A screenshot of the video in which lions can be seen roaming near the Foskor Mine in Limpopo.

“I saw about 10 lions walking along the Tailing Dam. There were about three to four adult lions and the rest were cubs,” Phalaborwa resident John Khuswa told the Letaba Herald.

This after he spotted a pride of lions relaxing near the Foskor Mine, which mines phosphate, in the vicinity of the Palaborwa Mining Company in Limpopo.

Khuswa’s concern is the safety of the public or anyone who can come into contact with the pride.

The lions were first reported on as being an escaped pride from the Kruger National Park, which has since been discounted after the Kruger denied that the lions belonged to them.

Initially, the Limpopo department of economic development, environment and tourism (LEDET) had reported that they would relocate the lions back to the Kruger National Park, but that all changed when LEDET MEC, Thabo Mokone opposed the move.

According to Mokone, due to the current availability of prey and lack of competition from other lions at the river, it will be difficult to take them back to the KNP.

A source told Letaba Herald that it was not the first time this year a pride of lions had been seen by the public roaming around that area.

On February 14, Ronica Jansen posted a photo on her Facebook page of a pride of lions and also another local resident took a photo of lions in that area. 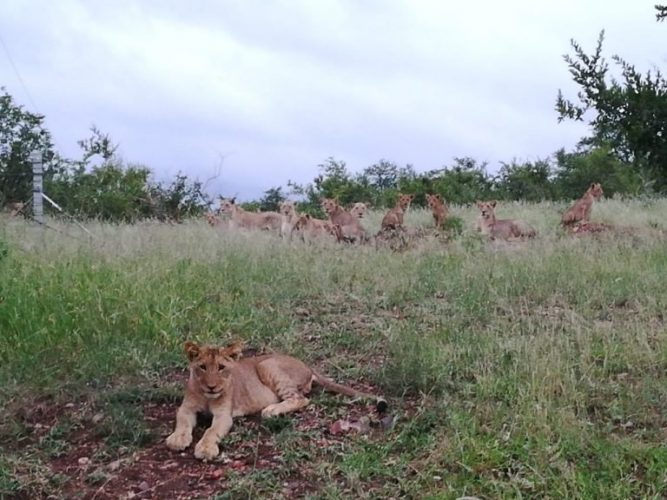 A pride of lions seen in Phalaborwa in February. Photo by Ronica Jansen

Jansen said that she found a large pride of lions crossing the road from Shona Langa Gate to the main road from Lepelle.

“It has been happening for a while that the lions have been in and out of this area.

“I believe the reason people don’t know about it is because in the previous incidences no one reported it to the relevant authorities.

“This area has a lot of hyenas which I think the lions may be after,” said the source.