The M2 motorway, which is more than 60 years old, carries approximately 10 500 vehicles per hour in both directions during peak hours. 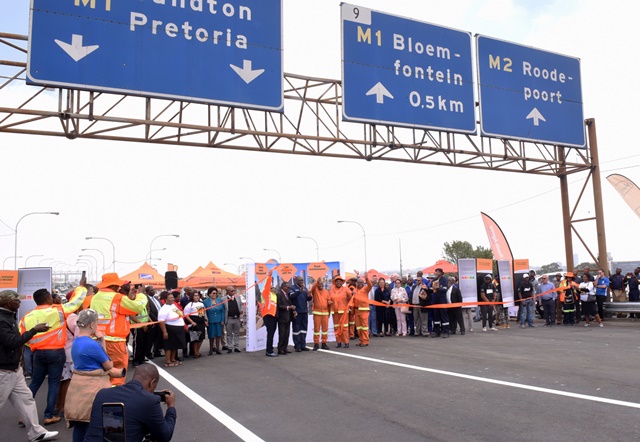 Makana Municipality says it’s up to the contractor, Mamlambo Construction Company to determine who it hires for the job..

Johannesburg motorists will once again be able to use the newly reconstructed part of the M2 motorway when it officially opens for traffic on Monday.

Outgoing City of Johannesburg Mayor Herman Mashaba said the initiative was part of his legacy as he prepares to bow out at the end of November.

“The reopening of the M2 motorway, as scheduled, is one of my proudest moments as the mayor of the City of Johannesburg. It is the culmination of many months of sheer hard work by engineers and construction workers led by the Johannesburg Roads Agency (JRA).

“Back in August 2018, I took the hard decision to close the M2 motorway after I was made aware of the perilous condition of the bridge. The M2 was closed between the Crown Interchange and Maritzburg Street on February 28, 2019, for rehabilitation.

“It was a particularly tricky decision to make when you take into consideration the ramifications of closing a key motorway linking the east and west of our city,” Mashaba said.

The M2 motorway, which is more than 60 years old, carries approximately 10 500 vehicles per hour in both directions during peak hours.

The closure was necessitated by continuous monitoring and the bridge visual conditions assessment, which indicated that the structural integrity of the concrete elements was severely reduced.

The safety of the Selby and Karsene bridges also could not be guaranteed.

“Meanwhile, at Karsene Bridge, the scope included the demolition and repairing of the bridge deck and corbels and installation of new waterproofed bridge joints. The failed support system resulted in the bridge deck having worrying movements. There can be no doubt that it required urgent attention,” Mashaba said.

During the construction project, 57 local residents and seven SMME contractors were employed.

Mashaba said eight more bridge structures along the M2 required repairs and rehabilitation, but the JRA does not envisage these requiring any further closures.