It’s not easy to be a feral cat – to be unloved by humans and having to endure weather extremes while facing starvation, infection and attacks from other animals. 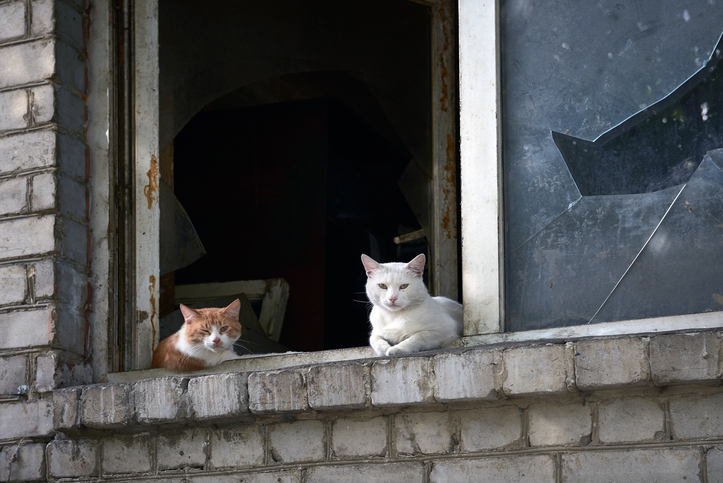 A cat born and raised wild is considered a feral cat. In the Vaal Triangle, there are many private residents and businesses that have opened their hearts to these animals in need, reports Vaal Weekblad.

While some feral cats tolerate a bit of human contact, most are too fearful and wild to be handled. Feral cats often live in groups called colonies, and take refuge wherever they can find food, rodents, other small animals and garbage.

Simply put, it’s not easy to be a feral cat – to be unloved by humans and having to endure weather extremes such as cold, heat and rain, while facing starvation, infection and attacks from other animals.

ALSO READ: Minimising feral colonies one cat at a time

Unfortunately, almost half of the kittens born outdoors die from disease, exposure to the elements or parasites before their first year. Feral cats also face eradication by humans, from being poisoned and/or illegally trapped.

Feral cats that live in a managed colony – a colony with a dedicated caretaker who provides sterilisation services, regular feeding and proper shelter – can live quite a content life.

If a cat is lucky enough to be in a colony that has a caretaker, it could reach 10 years of age.

Trap-Neuter-Return (TNR) is the method of humanely trapping feral cats in a specially constructed trap, having them sterilised and then returning them to their colony to live out their lives.

TNR has been shown to be the least costly, as well as the most efficient and humane way of stabilising feral cat populations. Through TNR, feral cats can live their lives without adding to the homeless cat population.

It is very important to have all feral cats sterilised – not killed.

TNR helps the community by stabilising the population of the feral colony and, over time, reducing it. Yet, the benefit of natural rodent control is continued.

Feral colonies have been shown to greatly reduce rodent numbers. TNR also helps the community’s animal welfare resources by reducing the number of kittens that would end up in their shelters.

Three Rivers Veterinary Clinic in Vereeniging offers a special Feral Cat Programme, which includes the hiring of traps at a nominal daily fee and dispatching a person to take responsibility of the TNR process, and monitor the traps.

If the cat is declared healthy it will be sterilised, vaccinated and have the tip of the left ear removed for future identification. The cat can then be released back to its colony.