The Pretoria News editor says he has evidence he 'cannot share at the moment' that backs up his story that Gosiame Sithole was indeed pregnant. 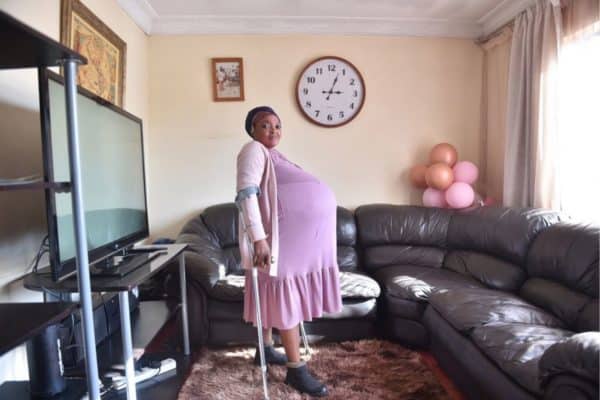 After a lengthy article about him defending the sensationalised reporting of the so-called “Thembisa 10” story, Pretoria News editor Piet Rampedi has maintained his stance that Gosiame Sithole was pregnant and gave birth to decuplets.

Speaking to 702‘s Clement Manyathela on Friday morning, Rampedi addressed the story about the birth of 10 babies from Thembisa.

During the heated interview, Rampedi argued he did not rely on hearsay in pursuing the story, as Sithole’s family members and the “nonexistent” babies’ father, Teboho Tsotetsi, told him the woman was pregnant.

“I did not rely on hearsay. The [family members] I spoke to, saw [Sithole] naked and they told me that she was pregnant,” he said.

Rampedi said Sithole had sent him pictures and her Google location from the Steve Biko Academic Hospital in Pretoria, Gauteng.

The editor, however, could not say how he verified that Sithole was pregnant or perhaps bloated (with a pillow under her clothes) because he personally did not see her stomach.

He said he had his own evidence he “cannot share at the moment” that backs up his story Sithole was indeed pregnant.

Before Manyathela eventually ended the interview after a back and forth with Rampedi, the editor called on the Gauteng provincial government to release its investigation report to the public.

Rampedi slammed those accusing him of peddling fake news, further alluding yet again that the state was knee-deep in a mass cover up.

On Thursday, Rampedi claimed that the reason for the alleged cover-up of the extraordinary births is that his numerous investigative articles over the years have made him a target of the powers that be, especially President Cyril Ramaphosa’s government.

The provincial government has maintained its stance there no record of the delivery of decuplets at the Steve Biko Academic Hospital, as claimed, or any other health facility in the province.

The provincial government said it had “instructed the state attorney to institute legal action against Mr Rampedi and the Independent Group”. 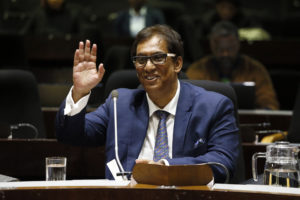 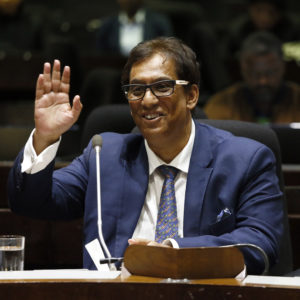