Ncami Shange, Beatrice Nzama and Philisiwe Jili were gunned down outside a primary school in Inanda. 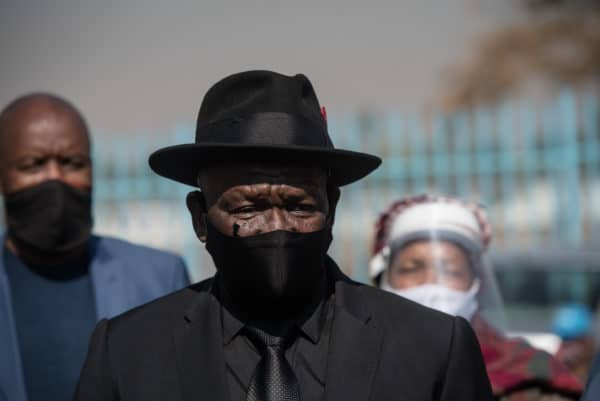 The Justice, Crime Prevention and Security (JCPS) Cluster says it will take action to ensure the safety of Inanda, KwaZulu-Natal, resident ahead of the upcoming local government elections.

This followed the deaths of three women – Ncamisile Shange, Beatrice Nzama and Philisiwe Jili – who were gunned down on Saturday during a drive-by shooting in the area located north of Durban.

The three women were attending an ANC committee meeting to finalise the selection of candidates for the elections when they were killed outside a school.

According to police, it is alleged a group of people were standing at the front gate of Buhlebethu Primary School at Newtown C in Inanda when the occupants of a black Opel Corsa bakkie opened fire on them.

The vehicle had five occupants with handguns.

The incident, which also left five people injured, has been described “an act of political intimidation” by Minister of Police Bheki Cele, who visited Inanda alongside Deputy Minister of State Security in the Presidency, Zizi Kodwa, on Tuesday.

“Those who committed this horrible act, it’s clear to us that it was more intimidation than targeting a particular person. Police must find out why they did this and who exactly sent them.

“The fact that this was a political gathering, it’s in this score that the political task team in the province is now investigating this crime and the team is already working on a few leads,” Cele said.

With the local elections set to take place on 1 November, the victims’ families and other Inanda residents have expressed fear in going to the polls to vote.

However, Kodwa said the cluster would ensure people’s safety during elections.

“Such an attack, is directed on our Constitution, it’s an attack on the system of democracy, as the JCPS, we would like to encourage South Africans not to be threatened by these acts of intimidation and rest assured that we in the security cluster are working on a plan to protect these elections and ensure the safety of all those participating in the democratic process,” he said.