The driver of the BMW that crashed into a taxi transporting children in KwaMashu is allegedly just 14 years old. 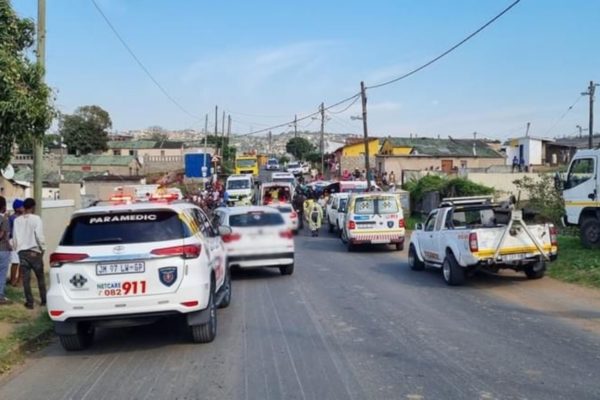 The scene of a crash after a teenager allegedly stole his father's car for a joyride. Picture: Supplied

A teenager who allegedly stole his father’s car to go on a joyride on Thursday morning has injured 23 children in the process.

Netcare911 said when they arrived at the scene in KwaMashu, north of Durban, they found a minibus taxi transporting the children and a BMW X3 SUV had crashed.

The ages of the injured children range between 5 and 11, with their injuries ranging from minor to serious.

All patients, once stabilised, were transported by ambulance to hospital for further care.

Rusa said after the crash occurred, an angry mob gathered at the scene and threatened to assault the teen, who has since been taken into police custody.