Farmers and communities residing downstream of the Vaal Dam are urged to be cautious, as heavy flows are expected. 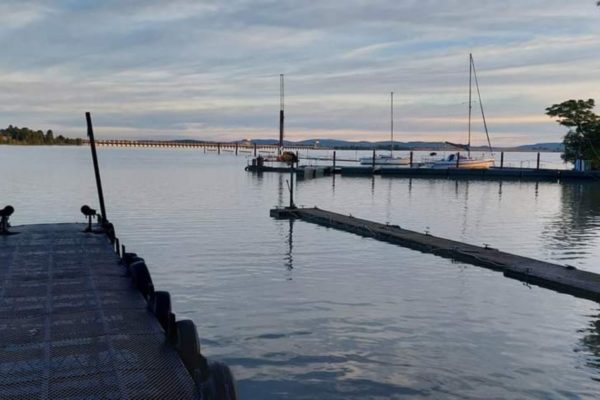 The Vaal Dam is currently at 107.1%. Picture: Twitter/@ReenvalSA/Christo Snyman

For more than a week, the Vaal Dam has breached 100% storage, prompting the Department of Water and Sanitation (DWS) to announce the opening of one sluice gate on Tuesday morning.

There is a possibility that other sluices could be opened by the DWS if rains and heavy inflows continue.

The department urged all farmers and communities residing downstream of the Vaal Dam to be cautious, and to move their equipment away from the water’s edge, as heavy flows are expected.

ALSO READ: Vaal Dam full to the brim, thanks to recent rains

The DWS also emphasised that no one should be crossing low-lying bridges currently, due to the extreme risk of them being flooded.

The healthy storage levels in the Vaal Dam is thanks to consistent and heavy rains falling in the 38,500km² catchment areas.

It takes a significant amount of rainfall for the dam to fill, due to evaporation rates and the vastness of its catchment areas.

This is the second time this year where the dam has breached 100% storage. On 10 March, the Department of Water and Sanitation confirmed the Vaal Dam stood at 105%.