The inter-ministerial task team chaired by Cogta Minister Nkosazana Dlamini-Zuma was meant to brief Scopa on the debt owed to state utility. 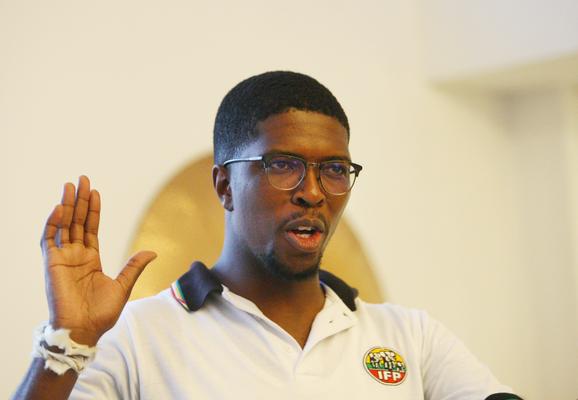 The Standing Committee on Public Accounts (Scopa) has expressed its concern and anger over the non-attendance of the chairperson of the inter-ministerial task team (IMTT), Minister of Cooperative Governance and Traditional Affairs (Cogta) Dr Nkosazana Dlamini-Zuma, and said it felt “undermined”.

The IMTT was meant to brief Scopa on defaulting municipalities that are owing Eskom but due to Dlamini-Zuma’s non-attendance, despite confirmation that she would, the meeting had to be adjourned on Tuesday.

The IMTT consists of the minister of Cogta, who chairs the task team, Minister of Finance Tito Mboweni, Minister of Energy Gwede Mantashe, Minister of Water and Sanitation Lindiwe Sisulu, Minister of Public Enterprises (DPE) Pravin Gordhan, president of the South African Local Government Association Thembi Nkadimeng, and chairperson of the Eskom board Jabu Mabuza.

However, none of the IMTT members was present at today’s briefing, which Scopa said was disappointing.

Scopa heard that Dlamini Zuma could not make it to the briefing because the minister had to attend a cabinet subcommittee meeting.

The committee also heard that Gordhan could not attend the briefing because he is part of the delegation attending the Russia Africa Summit along with President Cyril Ramaphosa.

Scopa chairperson Mkhuleko Hlengwa said Dlamini Zuma’s “ambush of her not pitching now” is unacceptable when confirmation sent via email on September 20 indicated that the minister would but would leave the briefing early.

Hlengwa said another minister in the IMTT could have been delegated in Dlamini-Zuma’s place, adding that he battles to understand the sudden “u-turn” in her non-attendance.

The Scopa chair said, however, that he was “not surprised” by this as the “toing and froing in so far as correspondence started way before” and that the minister should have said earlier that she would not make it to the meeting so that it would not have been convened.

DA MP Robert Lees also expressed his concern, saying the IMTT and Dlamini-Zuma had been given adequate notice and so should have attended the briefing because the debt to Eskom was a crisis.

Lees said what was also concerning was that the IMTT had been operating since February 2017, with its primary function being reducing the debt to Eskom, however, the latter has increased from R9.8 billion.

The DA MP said some municipalities are faced with having their electricity supply cut off because the IMTT has failed in its mandate, which “is outrageous”.

Lees said Scopa expects to meet with Dlamini-Zuma and the IMTT soon, regardless of her commitments, and when this happened, Scopa should be given an explanation why the debt to Eskom had not been reduced as this was a crisis.

“Eskom is the biggest crisis facing South Africa today and yet we treat it with such disdain,” Lees said.

EFF MP Ntombovuyo Mente noted that on Tuesday afternoon, parliament would deal with Eskom’s Special Appropriation Bill “simply because Eskom’s problems are far much bigger than any other person can fix”.

The bill is for the appropriation of additional monies to the DPE to assist Eskom with its financial obligations.

Mente said part of the financial problems at Eskom – a lack of financial management and a lack of funds – was a result of municipalities “not doing what they are supposed to do”.

“So, for them not to be here, in particular, the chair [of the IMTT] and the minister of SOEs (state-owned enterprises), the minister of finance [is a concern] because they are the people that are going to tell us what kind of intervention is coming,” Mente said.

She added that the IMTT should tell Scopa which monitoring tool had been put in place to ensure that municipalities allocated funding towards servicing their debt to Eskom. This allocation was compulsory, she said.

ANC MP Nokuzola Tolashe said she was of the view that the committee had been misled and that Cogta should take responsibility, especially because taxpayers’ money was unnecessarily spent.

ANC MP Mervyn Dirks said the director-general at Cogta should have communicated on Monday afternoon that Dlamini Zuma would not make to the briefing.

“That is why the committee is so angry,” Dirks said.

Hlengwa said Scopa had been undermined.

“We are used to this tendency of being undermined, we know it exists, it prevails but it is not going to be sustainable any longer because, quite frankly, if we have to subpoena people we will do so, regardless of the office that you occupy,” Hlengwa said.

He noted that what was concerning was that the country recently experienced load shedding; the project manager at Medupi power station recently resigned; the state security agency said that 20 out of the 120 Eskom officials whose names were submitted for vetting complied, “meaning there are 100 people telling us to go and jump off the nearest cliff”; and that the Special Appropriation Bill would be dealt with in parliament.

“And somehow Eskom thinks it must get a blank cheque, that can’t happen,” Hlengwa said.

Hlengwa said that had the meeting continued, that would have set the precedence that Scopa could be undermined.

He said the committee would consider the cost implications arising from the adjournment of the briefing.