This comes a day after a commissioner of the SAHRC said the department had violated the Constitution by preventing the provision of food. 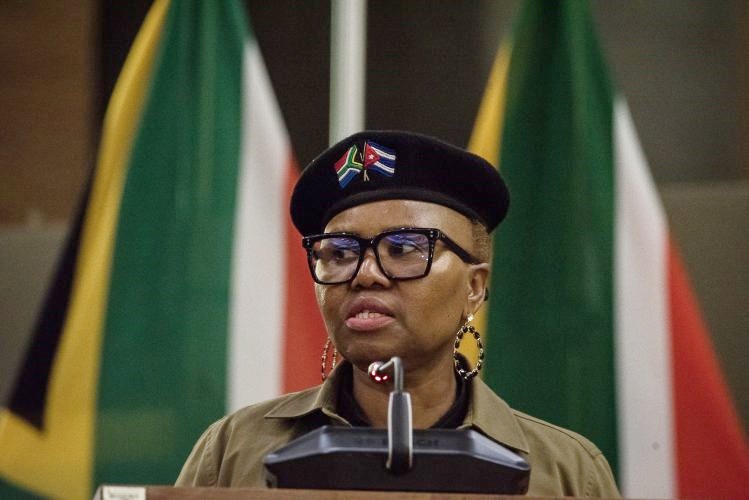 Minister of Social Development Lindiwe Zulu and her department have denied prohibiting non-governmental organisations (NGOs) from distributing to food.

This comes a day after a commissioner of the South African Human Rights Commission (SAHRC) said the department had violated the Constitution by preventing the provision of food.

Zulu told the portfolio committee on social development on Thursday that she “takes exception” to allegations that they are preventing the distribution of food.

“We cannot stop people from distributing food,” she said. “However, our people are not guinea pigs.”

She said food can’t be distributed without it being looked at first, and there must be a plan.

She said they are “getting into this space” because they “say whilst they are distributing the food, they must take into consideration all the health and Covid-19 protocols”.

Acting director-general Linton Mchunu said they are appreciative of the NGOs “stepping up to assist” to provide food and that they have noted “some of the challenges of food distribution”.

“We have never said NGOs must stop providing food,” he said.

“What we have encouraged is a knock-and-drop system.”

He said the spread of Covid-19 and the “chaos and congestion” seen at some food distribution points must be reduced.

“We also need to account for how many households we are feeding to avoid elements of duplication and have a database of vulnerable people.”

He said that is why they “encourage” NGOs to engage with municipalities and provincial departments.

“At no time did we promote political party branded food parcels,” he said.

On Monday, the DA lodged a complaint with the SAHRC against the department, following a “supposed instruction” prohibiting NGOs from distributing cooked food during the lockdown.

Jonas Sibanyoni, a SAHRC commissioner, told broadcaster eNCA on Wednesday that they were investigating the matter.

He said the Constitution said everyone has the right to food and, as such, nobody can intervene and prevent the provision of food.

“That is why the department of social development has been found to have violated the Constitution,” he said.

Mchunu further told the committee that, as the lockdown continues, the department will continue to provide counselling and psycho-social support.

They have employed an additional 1,800 social workers to this end.

They have also found that people, who already earn an income, have also applied – and if they paid those people grants, it would have cost the state R13.6 million.