The new clause will essentially see the land restitution cut-off date changed from the previous 1913 to January 1800. 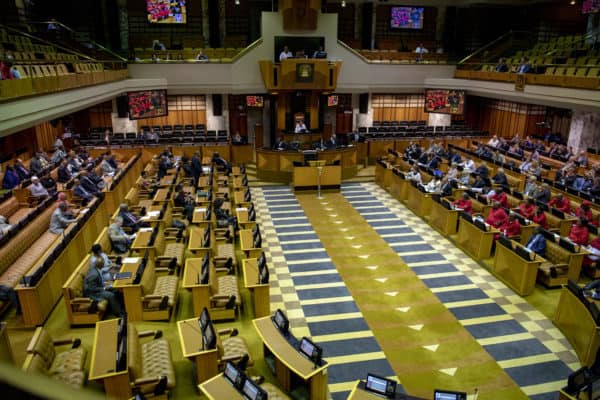 MPs during the debate on land expropriation without compensation at the National Assembly on December 04, 2018 in Cape Town. Picture: Gallo Images / Netwerk24 / Jaco Marais

The Democratic Alliance (DA) is accusing the ANC of trying to sneak a new clause into the section 25 amendment bill. The new clause will essentially see the land restitution cut-off date changed from the previous 1913 to January 1800.

“This clause was essentially smuggled into the draft bill by the ANC without the knowledge of other political parties represented in the committee,” said Lotriet.

The DA said the clause was introduced following input from the recently concluded public participation process.

“This is insincere and very misleading. One submission, which advocated for changing the cut-off date for land restitution, cannot be taken as a sufficient threshold to introduce this contentious clause,” added Lotriet.

Section 25 ad-hoc committee chairperson, Mathole Motshekga, claimed the management committee was responsible for requesting an extension to the lifespan of the committee and the drafting of the latest version of the bill.

“Even so, any process that sidelines the committee is patently irregular and at variance with parliamentary rules,” said Lotriet.

The DA believes the ANC wanted to extend a political bribe to the Economic Freedom Fighters (EFF) to help it obtain the two-thirds majority needed to pass the bill.

It would also force Parliament to extend the committee’s lifespan beyond the two weeks it was granted by the programming committee.

“If this new clause is not removed, it would require a new public participation process to be initiated. The ANC is now on a desperate salvage operation to try and maintain a legislative process over a bill that is essentially dead in the water.”

Lotriet said the bill was doomed from the start.

“Gutting the Constitution to appease ANC factions and EFF political hedging on land was never going to offer solutions for a sustainable land reform programme.”

ANC municipality sets Grade 11 standard for its managers
6 hours ago
6 hours ago
PREMIUM!

ANC municipality sets Grade 11 standard for its managers
6 hours ago
6 hours ago
PREMIUM!