The minister says the ANC's 2017 Nasrec conference did not mandate the governing party to amend the country's Constitution. 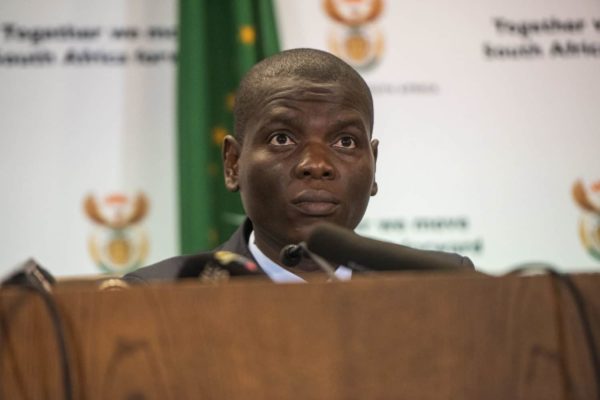 Justice and Correctional Services Minister Ronald Lamola has admitted that section 25 of the Constitution – as it currently stands – does provide for the expropriation of land without compensation, in circumstances where a court can determine that such expropriation by the state for nil value is just and equitable.

Lamola says the ANC’s failure on Tuesday to pass the Constitution 18th Amendment Bill in Parliament was one of the governing party’s instruments to speed up land reform by ensuring that the Constitution explicitly states that government can expropriate land without compensation.

However, Lamola said even if the constitutional amendment had been been passed with the required two-thirds majority vote, it would have not been the silver bullet to South Africa’s land reform challenges.

“One of the challenges is that we have never tested that provision [in the Constitution] and there has not been jurisprudence in terms of that provision, and that is why there was uncertainty whether it can be done or not.

After three years of deliberations and public hearings on amending section 25 of the Constitution to explicitly state that the state can expropriate of land without compensation, the ANC failed to garner enough votes to pass the amendment bill in the National Assembly.

This was due to differences between the ANC and the Economic Freedom Fighters (EFF) on how the constitutional amendment should be implemented. The EFF has called for state custodianship of land while the ANC favours compensation in some instances.

Lamola said the ANC rejected the EFF’s proposal for state custodianship of land because it would have reversed all the gains made by government on land reform and private property ownership by black South Africans.

He said state custodianship of land did not provide for security of tenure.

“The practical effect of putting all land under state custodianship is to nationalise all land across the country and that means that people in Soshanguve, Soweto and KwaMashu who have fought to receive their title deeds would then be reversed…

“Even people we have provided ourselves [as government] with title deeds on their RDP houses, will also be reversed and they will become tenants of the state,” Lamola said.

Asked whether the ANC had gone against its own 2017 conference resolution on land expropriation without compensation, Lamola said this was not the case because the conference did not mandate the party to amend the country’s Constitution.

“If you go back to the Nasrec conference resolutions, it did not say we must go and amend the Constitution.

“We, ourselves, as the national executive committee decided because we felt that we needed to provide certainty and clarity on the matter hence we said we should make what is implicit, explicit.”

Lamola said the debate over land expropriation without compensation was not yet over as the ANC had other instruments in Parliament to pursue.

“For us it is not all gloom and doom. As the governing party, we have a simple majority in Parliament and it gives us the power to proceed with the Expropriation Bill, the Redistribution Bill and the Land Court Bill that is in the pipeline.”