What Maimane must do to continue being party leader – Tony Leon

The former party leader touched on Helen Zille's recent calls for a tax revolt if those implicated in state capture were not prosecuted soon. 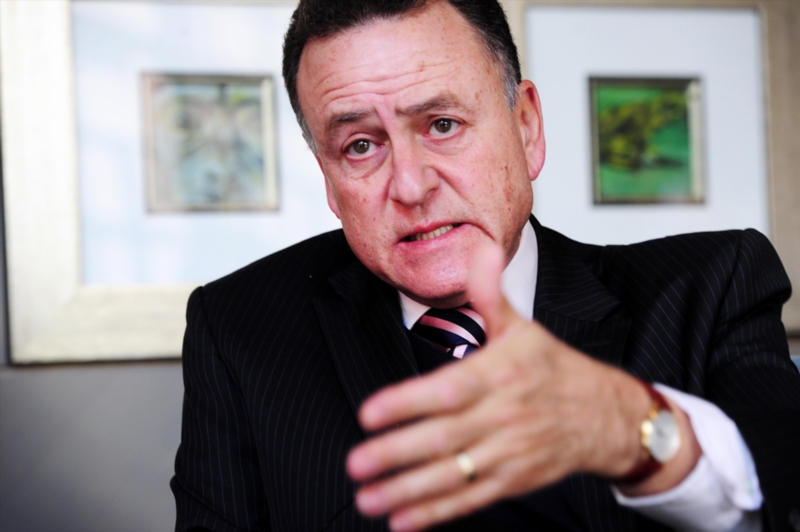 Democratic Alliance leader Mmusi Maimane will have to get an outright majority in the Western Cape, maintain 22.2% in the national election, and do “something exciting in Gauteng” in order to justify continuing being party leader.

This is according to former DA leader Tony Leon, who said the party should go beyond where they were in the last election.

Speaking on 702, he said the party would have to pass these three tests, the first two being non-negotiable.

“If the party regresses from where it stood five years ago, then you’ve got to say, whatever changes we’ve made, they haven’t worked.”

Leon said he still supported the DA, although he had not technically paid his subscriptions. He confirmed he would vote for the party.

Earlier in the show, Leon mentioned that a winning party needed to have a strong message alongside solid leadership in their campaign to lead in the elections. The DA’s national director for communications, Mabine Seabe, challenged Leon’s views by saying the party had ticked these boxes.

Seabe touched on the recent resignation of the party’s policy chief, Gwen Ngwenya, ahead of the elections, who claimed the party did not take policy seriously. He said these accusations were misinformed and he accused her of bending the truth.

“She was afforded the necessary resources to drive the policy formulation process. She had been given more resources than anyone who had led policy in the party before.”

He added that the party was dealing with the matter internally.

Leon also touched on Helen Zille’s recent calls for a tax revolt if those implicated in state capture at the Zondo commission were not prosecuted soon.

He said it was not helpful for Zille to be at the forefront of controversy so close to elections.

“You can’t on the eve of an election have such a person going on their own… if that was not part of the party’s positioning and policy.”

Leon argued that Zille was still in government and a Western Cape premier, meaning she should not make statements that did not agree with the party’s position ahead of the general elections.

Leon said the party had a previous agreement with Zille stipulating she would only comment on Western Cape issues.

Meanwhile, a City Press report claims a group within the DA is believed to be pushing for the removal of the DA leader depending on the outcome of the elections. Should the party not grow beyond 22%, Maimane’s detractors will seek to use this as a reason for an early congress to discuss his removal, the report alleges.