Limpopo racks up R15bn in graft over five years – DA

The ANC in the province denies the claims, saying 'those living in glass houses shouldn't throw stones'. Limpopo Premier Stan Mathabatha and his predecessor Cassel Mathale belong in “the same WhatsApp group” according to the Democratic Alliance (DA) in the province, which alleges graft under the new premier has multiplied almost fivefold.

The DA revealed yesterday at the Limpopo legislature that the province had racked up just over R15 billion of unauthorised and wasteful expenditure.

DA Limpopo provincial leader Jacques Smalle said yesterday: “When we thought a new broom would sweep the cleanest, Mathabatha came in and claimed to shine better. Now under his tutelage, his municipalities and provincial departments have accumulated a total of R15 billion of unauthorised wasteful and fruitless expenditure in five years in charge of the province [according to reports by the Limpopo Provincial Financial Management Act].

“As if that was not enough, seven local and district municipalities lost R1.5 billion during his watch,” he said.

“Yes, some of our municipalities are financially bleeding because of the irregular investment in VBS [Mutual Bank],” said Mathabatha’s spokesperson Kenny Mathivha.

“But … Mathabatha and the ANC took action against those municipalities wherein seven mayors were fired.

“I think those living in glass houses should never throw stones. Just last year, the Modimolle/ Mookgophong municipality, run by a coalition of the EFF [Economic Freedom Fighters] and the DA, failed to account for R60 million. That is why we placed the municipality under administration.

“Just yesterday the Vhembe district municipal council discontinued the services of its municipal manager and [it] now has a new mayor. In light of the appointment, Limpopo will soon be out of the woods,” Mathivha said. 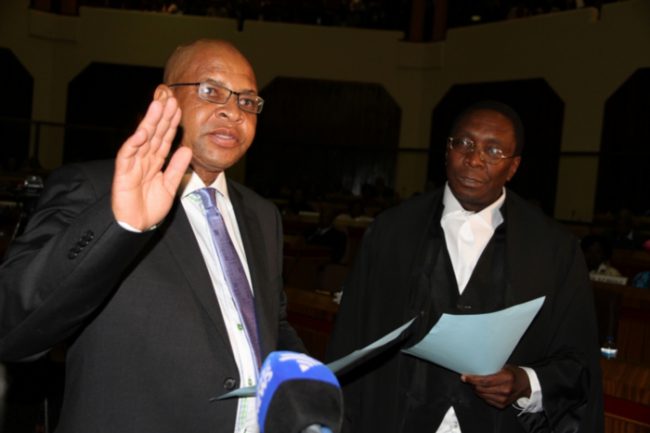