While not hate speech, the EFF leader's comments were still found to be 'problematic'. 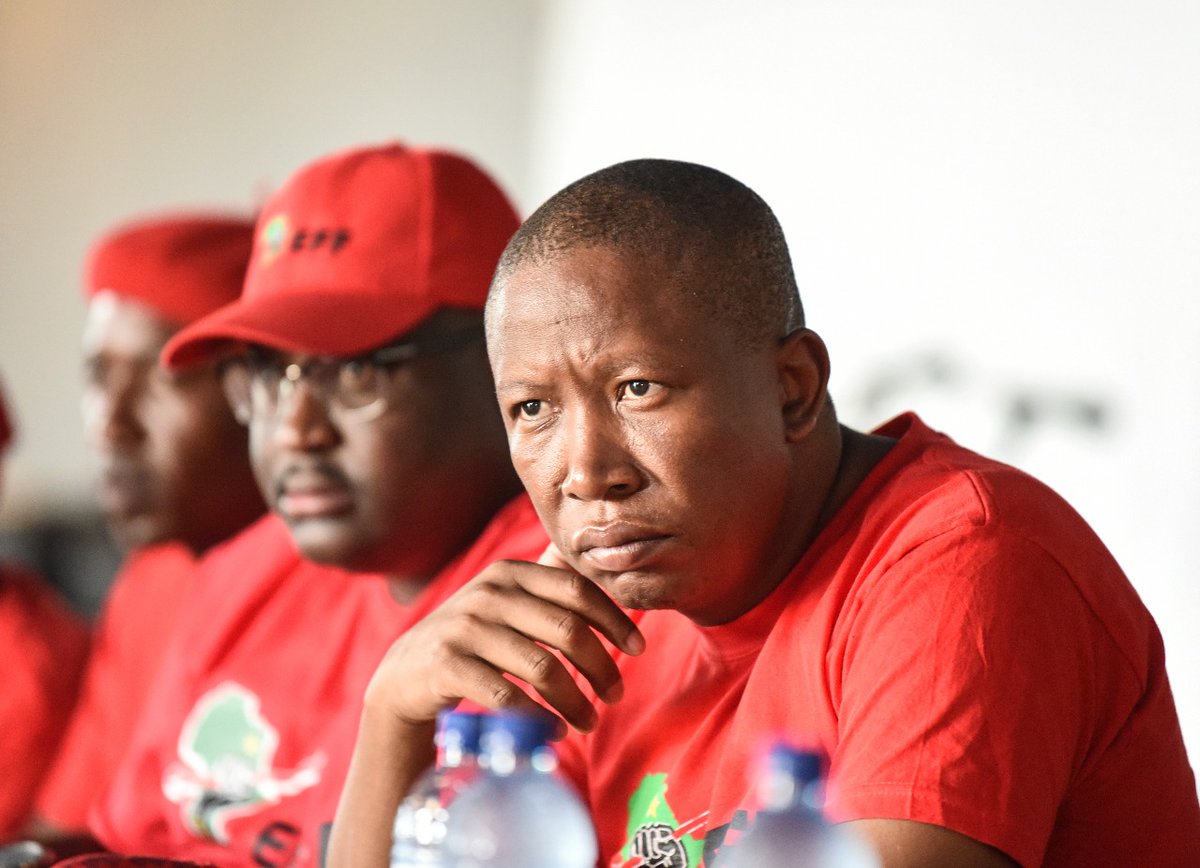 The South African Human Rights Commission (SAHRC) held a media briefing on Wednesday during which it released its findings on hate speech cases lodged against EFF leader Julius Malema.

The commission found that Malema’s comments did not constitute hate speech, “but are still problematic in a society that’s still trying to heal from the injustices of the past”.

None of the statements passed the legal threshold of hate speech. #EFFHateSpeechFinding

None of the statements, the commission found, passed the “legal threshold of hate speech”.

The commission’s chairperson, Bongani Majola, told the briefing the “issue of discrimination on the basis of race is divisive and emotive”.

The commission’s spokesperson, Gail Smith, said there “is widespread misunderstanding of what constitutes hate speech in South Africa”.

Majola added that, when dealing with complaints, the commission “is only guided by the constitution and the law”.

The commission considered each complaint lodged against Mr Malema in respect of the law, Majola said.

The commission’s Dr Shanelle van der Berg went into detail regarding some of the complaints.

Regarding a complaint that Malema had called for the slaughter of white people, Van Der Berg said the commission found that although the statement could be construed by white people as hurtful, the context of the statement is important.

Malema said that white people would not be killed under his leadership, Van Der Berg noted.

Looking at the complaint regarding the party singing the controversial song including the lyrics often translated as “kill the boer,” the commission found the singing of the struggle song did not constitute hate speech as the song was “figurative and political” and “does not call for the killing of boers”.

Turning to a complaint about a comment made by Malema at a rally about Indians mistreating black people in KwaZulu-Natal, the commission found that “objective assessment shows that Mr Malema was calling for the proper treatment of black people by Indians,” and that the statement was, therefore, “not hurtful”.

“Spaces must be created for vulnerable groups to air their anger and frustrations over continued lack of resources,” Van Der Berg said.

It was noted that people such as Velaphi Khumalo, Bongani Masuku and Jon Qwelane had been found guilty of hate speech by the commission.

Velaphi Khumalo, who was employed at the time by the Gauteng department of sports, arts and culture, and recreation as a sports promoter, called for South Africa to be “cleansed of white people” on Facebook, and was found guilty of hate speech in 2016.

Former Cosatu official Bongani Masuku was found guilty of hate speech by the commission in 2017 for comments made about the South African Jewish community. He was accused of threatening Jewish South Africans who supported Israel. The Supreme Court of Appeal (SCA) has since overturned this decision.

Jon Qwelane, a former radio personality who became ambassador to Uganda, wrote a column about homosexuals titled Call me names, but gay is not okay and was found guilty of hate speech by the commission, also in 2017.

The SAHRC announced earlier this week it would be releasing its findings on complaints of alleged hate speech related to Malema and other members of the party.

They said they would release their findings and recommendations and directives on the matter and discuss the findings in the context of hate speech, freedom of expression and freedom of the press.

“The findings will be released in an extended press conference/seminar in which the commission will attempt to address the complaints and the alleged rights violations in a comprehensive manner, unpacking and engaging the media on the complexities of the legal principles which determine whether an utterance qualifies as hate speech,” the SAHRC said.

The commission said it had kept in mind that the national elections were fast approaching and that political parties would be engaging in campaigning that often accompanied “robust speeches”.

“Robust political debate and statements require protection within a constitutional democracy. However, the commission urges political parties and their leaders to ensure that they exercise due regard and responsible care when addressing supporters or making political statements.”

We received several complaints against Mr Malema, we are only dealing with 5 statements, Dr Shanelle Van Der Berg. #EFFHateSpeechFinding

On Complaint that Mr Malema called for the slaughter of white people. Although the statement can be construed by white group as hurtful, but the context is important. Mr Malema said white people will not be killed under his leadership, Dr Van Der Berg.

On the complaint about ‘Kiss the boer’. The singing of the struggle song does not constitute hate speech. The song is figurative and political. The song does not call for the killing of boers. #EFFHateSpeechFinding

On the complaint about Indians mistreating black people in KwaZulu Natal. Objective assessment shows that Mr Malema was calling for the proper treatment of black people by Indians. Statement is not hurtful. #EFFHateSpeechFinding

Spaces must be created for vulnerable groups to air their anger and frustrations over continued lack of resources. Dr Shanelle Van Der Berg.

Another case is that against the #BLF where the Commission took the matter to court. All cases are taken through the same process. #EFFHateSpeechFinding