Msimanga to burn ‘hundreds’ of e-toll statements outside Sanral offices

Msimanga said the party had received hundreds of e-toll statements from “overburdened Gauteng motorists” who cannot afford to pay their e-tolls. He will use the e-toll statements to send a strong message to Sanral and the ANC government that the system was not working and that it needed to be scrapped.

“The immediate suspension of pursuing e-toll debt by Sanral is not enough and we demand the scrapping of the system in its entirety,” Msimanga said.

Msimanga shows us his own personal bill. SANRAL says that he owes them R21 000!@dailysunsa #eTolls pic.twitter.com/PuE8EuqGAy

The bonfire will be outside Sanral’s Rooihuiskraal offices in Centurion at 10am.

This comes after Sanral announced that it would temporarily scrap the collection of outstanding fees in the province. Sanral’s board passed an urgent resolution on the matter last month. 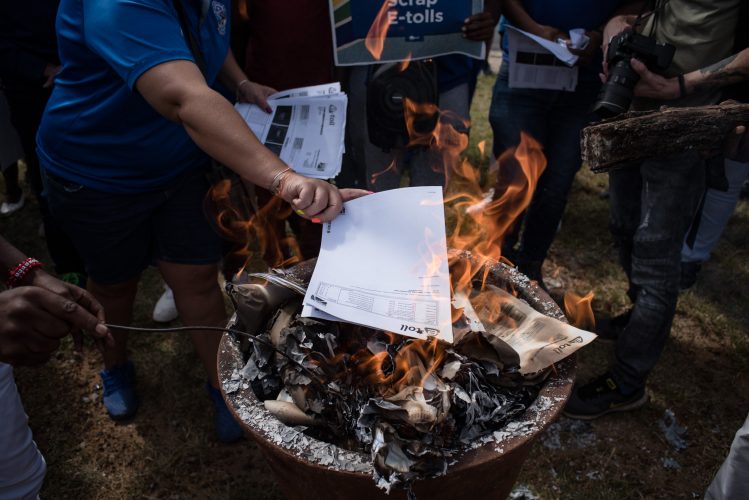 Members of the DA are seen outside the Sanral offices where they burned their E-toll bills along with Gauteng Premiere Candidate, Solly Msimanga, 4 April 2019, Pretoria. Picture: Jacques Nelles

The decision, however, will be closely monitored by the board and reviewed according to prevailing circumstances.

The Electronic Toll Collection (ETC), which collects e-tolls on behalf of Sanral said they had issued between 2,000 and 4,000 summons to e-toll users who had ignored notices to settle their debts.