Trump, Malema, Johnson: all of them divisive right-wing populists 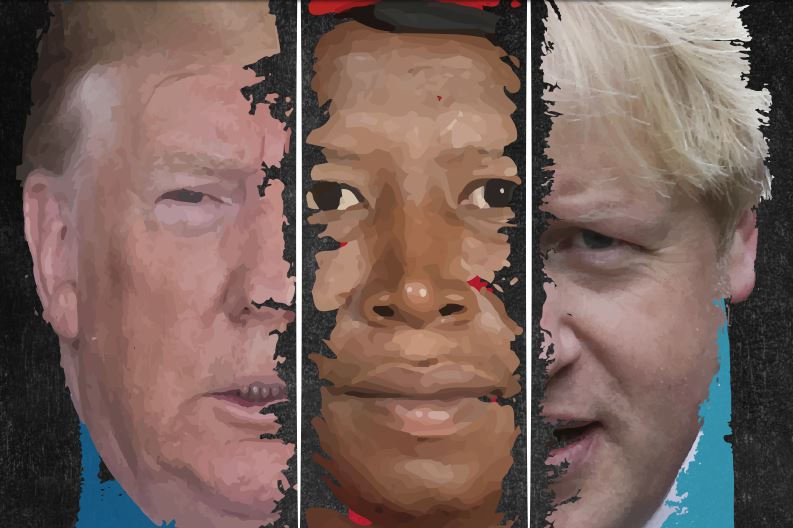 South Africans could lose its “new dawn” to the global wave of the right-wing agenda, a former British member of parliament has warned.

Sir Peter Hain, a Labour Party politician and left-winger, says the election of Prime Minister Boris Johnson this week marked another casualty in the growing trend towards right-wing populism in mainstream politics, resulting in the election of racially divisive and ethically questionable political discourse.

He was referring to the numerous ways in which Johnson’s allegedly xenophobic, racist and sometimes sexist public engagements have been compared to that of US President Donald Trump.

Johnson, former mayor of London, was elected to replace Theresa May, who resigned amid Brexit negotiations which left the Conservative Party divided.

As a war of political agendas around the ruling ANC was playing itself out in SA through the Commission of Inquiry into State Capture, the politically divisive events in the West were not as disconnected to South Africa’s current state of affairs as it appeared, said Hain.

“The biggest threat to the ANC is the bad guys still trying to pull President Cyril Ramaphosa back and keep the fingers in the trough of looting. It is as if they have learned nothing.

“What has happened in the Zuma era [is] the economy has bombed, the international investor confidence has tanked, growth has dissipated, credit rating has fallen, and international business confidence is low – and they want more of the same. It’s as if they don’t actually care about the shamelessness of it all. It really shocks me,” said Hain.

“That has got mixed up with the Zuma faction, which claims they are on the left. Actually, they are more right-wing than even the DA in my opinion.”

Hain said populism and the right-wing agenda was presenting itself in less obvious ways in South Africa – and this was the biggest threat to the projects Ramaphosa was ostensibly embarking upon.

“Funny enough, I think the Freedom Front Plus and AfriForum have a lot more in common with the EFF than they have differences.”

Political analyst Andre Duvenhage agreed that parties such as the Economic Freedom Fighters were purveyors of the right-wing agenda in South Africa, emulating similar entities overseas in their impact.

“Populism has absolutely been the trend; it has been a worldwide tendency. We see it in places like Canada and France – and with Trump in the US. And you can even see it in South Africa in terms of EFF leader Julius Malema and the like,” said Duvenhage.

“You can also find it in India. In Britain, to quote Henry Miller, we are beginning to see “strange fauna and flora” – and Boris is the start of that…”