It recently emerged that Cynthia Jeffreys had resigned from the department of public works for 'ethical reasons'. 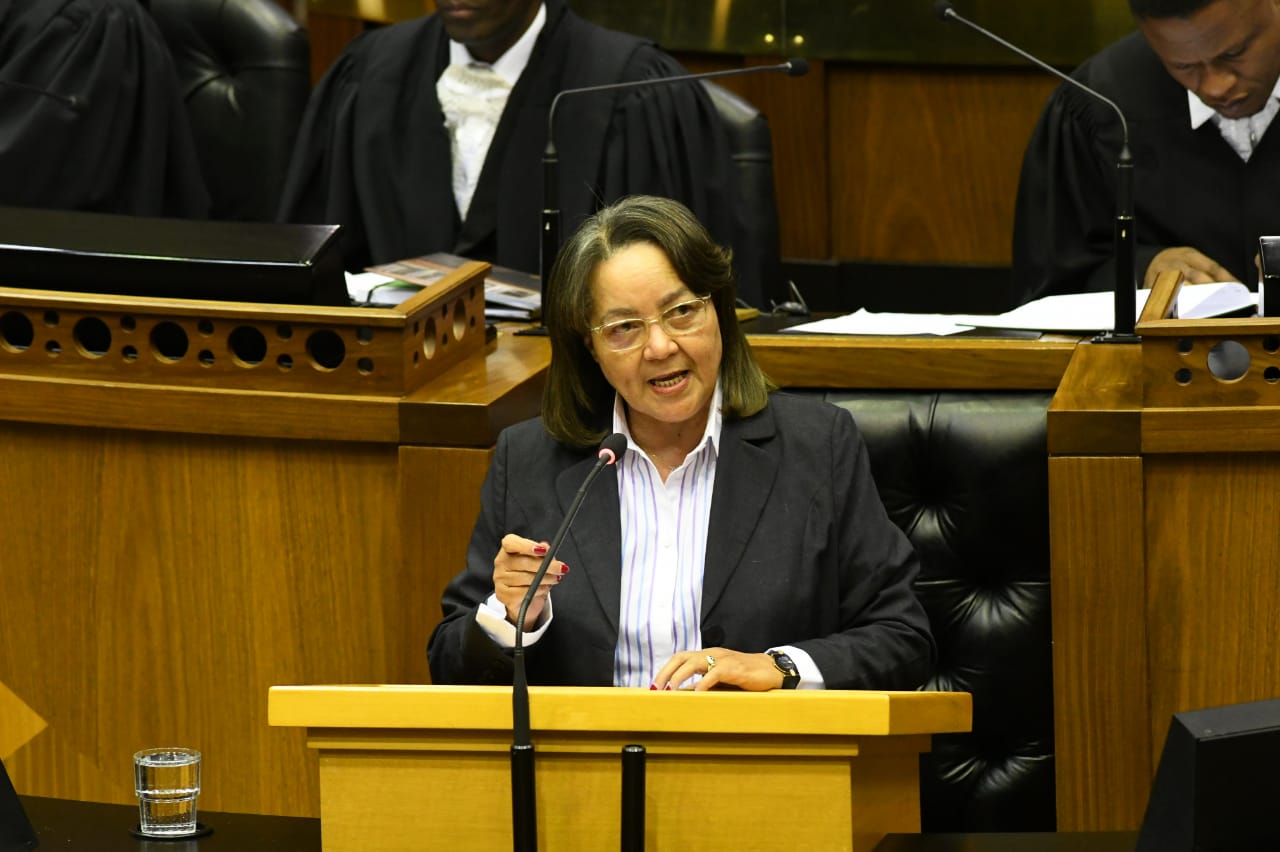 Public Protector Busisiwe Mkhwebane has sent a letter to Public Works Minister Patricia de Lille, asking her to answer to allegations of nepotism and interference with supply chain processes.

It recently emerged that De Lille’s sister, Cynthia Jeffreys, had resigned from the department of public works for “ethical reasons”.

Mkhwebane’s spokesperson, Oupa Segalwe, told News24 that the investigation was in its early stages, but that a letter had been sent to De Lille to request information.

The letter was sent last month, but her office requested that the deadline be extended for her to respond.

De Lille’s spokesperson Zara Nicholson on Friday confirmed: “The information requested by the public protector relates mainly to the appointment of staff in the department and the private offices of the minister and deputy minister, as well as supply chain management.”

She said they would respond by the extended deadline of next Friday and cooperate with the investigation.

“We respect the office of the public protector and will await the outcome of the investigation.”

In August, HeraldLive reported that Mkhwebane’s office had received complaints over De Lille hiring Jeffreys, and over instructions that the minister gave to appoint a company that allegedly bankrolled her home.

At the time, De Lille told the publication she was convinced those who had complained were the corrupt elements in the department that she was dealing with, and that they knew the law was after them.

A parliamentary reply to DA MP Samantha Graham-Maré revealed this week that Jeffreys had resigned as an assistant appointment secretary.

Graham-Maré had asked De Lille for confirmation of the appointment, what the official job title was, whether proper processes were followed, how many other applications were received, whether Jeffreys had the required skills and competency, and what their relationship was.

De Lille replied that Jeffreys was a relative, but that proper processes were followed in terms of the Public Service Regulations.

Jeffreys was said to have 14 years’ experience as a secretary, receptionist, and administrator.

De Lille said that staff were hired based on merit and experience.

“It is not a requirement for HR recruitment to establish whether candidates are related to any of those already in employment.”

Nicholson said at the time that Jeffreys’ resignation “was a result of her own introspection”.

“She was also assisting for three months in the minister’s office while the office was busy recruiting staff, as [she] has Parliament secretarial experience, having worked for the DA before.”

De Lille promised a clean sweep in her department when she took up the post after being a surprise pick in President Cyril Ramaphosa’s new Cabinet.

City Press previously reported that she had put her foot down with new requests from ministers over new furniture for offices, ministerial homes or parliamentary villages.