'It is a bit disappointing to see how things have turned around in the DA in the public space,' says Zwakele Mncwango. 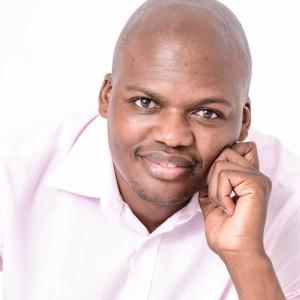 There is nothing wrong with Helen Zille’s proposed return to the political fray within the Democratic Alliance, said KwaZulu-Natal party leader Zwakele Mncwango.

Zille made a surprise announcement on Friday, revealing that she would be contesting the position of DA federal council chairperson when the party’s leaders vote on the position next weekend.

“If she decided to come, she is a member who wants to play a role, then it must be welcomed. If she decides to contest positions, why not? We are a democratic party,” Mncwango told News24 on Monday.

He has been vocal about the public fallout between leaders of the official opposition party over the past few weeks, saying a public spat between senior leaders was not on.

“It is a bit disappointing to see how things have turned around in the DA in the public space. There [have] been lots of contradictions from party leaders.

“Yes, you can have different views on her [Zille], but it is not an issue to start fighting publicly about. We do not need to fight publicly,” he insisted.

Zille told eNCA on Monday that she was returning because she “can’t let the DA simply unravel, without putting in a huge and final effort”.

When asked if younger leaders of colour should be given a chance to lead, Mcnwango said they had every chance.

“A person gets nominated, where everyone has equal chance to contest. Nowhere does it say no one else must contest. None of the young people [has] availed themselves for the position.”

He said the four candidates had much work to do to win the top spot.

“These candidates must canvass us and tell us why we must support them.”

The incumbent, James Selfe, has moved to a new governance position in the party to shore up the DA’s work in the various metros where it governs.

Addressing the issue of party leader Mmusi Maimane, Mcnwango said the information that was in the media was indeed a smear campaign, as previously claimed by Maimane.

“Everyone in the party has to account, even our leaders. Many have sown divisions in the media about him, but all in all, he was cleared of any wrongdoing. My call is that leaders must provide leadership.”

He said the party needed strong leadership and tipped Trollip as a viable option for federal chairperson, to take the party into the run-up to the next local government elections in 2021.

“We need a strong centre and I believe he is the person who can provide this.”

He added that race was not a determining factor for him in leadership.

“I hear discussions about the race. I don’t care. My issue is attributed in terms of leadership and how they can take the party forward.”