The DA will have to reflect on its relationship with the EFF, with which it has tenuous informal partnerships in the cities of Johannesburg and Tshwane. 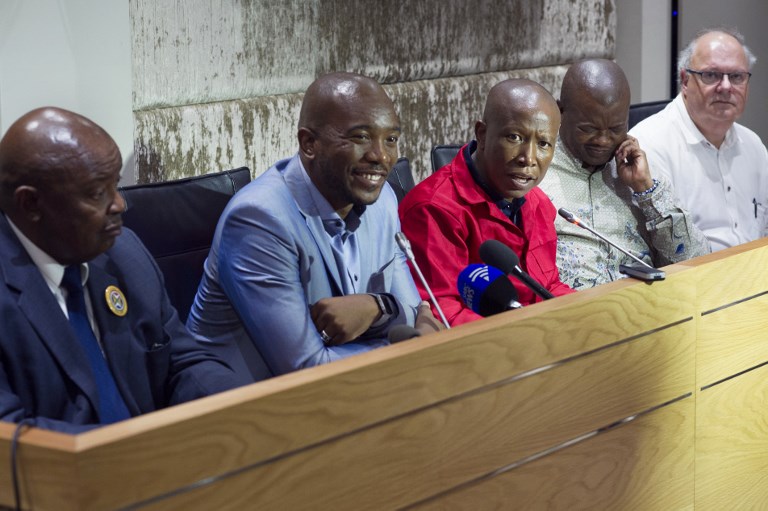 This is one of the recommendations contained in a review panel report on the state of the organisation. The document and findings were discussed at the DA’s two-day federal council meeting in Johannesburg over the weekend.

A total of 155 delegates gathered for the party’s highest decision-making body outside of the federal congress to receive the report. The report was put together by former leader Tony Leon, former CEO Ryan Coetzee and Capitec founder Michiel le Roux.

An assessment of the DA was called for following its poor showing during the May 2019 general elections. The party failed to grow its national support base.

“While appreciating the complexity and difficulty of the decision at the time, our view is that forming governments with the EFF’s support in Johannesburg and Tshwane was a mistake,” the panel suggested in the report.

It cited two major issues with the decision, saying their own DA governments were unable to implement a DA agenda as they were beholden to the red berets and that it was corrosive of their own party brand to rely on the EFF’s support, given that party’s policy agendas, philosophy and behaviour.

Sharing her thoughts on this position, newly elected federal council chairperson and former leader Helen Zille seemed to agree with the call for the DA to assess this relationship.

“They said that it’s very difficult to govern with people who don’t share your core values and that it’s very important to do that assessment of the impact on service delivery and on the broad set of voters because that is who we are fundamentally accountable to,” said Zille.

The report, which acknowledged that the DA had previously entered into coalition agreements and garnered support to govern from other parties, said it had to learn how to manage these and other forms of co-operation in government to be successful.

“The issue here isn’t solely the ideological incompatibility of the EFF and the DA, it is also a matter of strategy and tactics,” the report read.

It also urged the DA to form coalitions only where it could dominate and protect its identity and brand.

The EFF and DA have had a rocky relationship since the 2016 municipal elections, with the freedom fighters turning their backs on former Nelson Mandela Bay mayor Athol Trollip.

Following the national elections, Julius Malema’s party also announced that it would no longer support the DA in two of the metro councils it governs – Johannesburg and Tshwane – following the official opposition party’s refusal to agree to the EFF’s power-sharing proposal, which would have seen it taking charge of the country’s capital city.

The report took note of this development but said it hasn’t resolved the issue.

“It’s unclear whether voters know there has been a change in the relationship between the DA and the EFF,” read the panel report.

“This does nothing to overcome the problem that the DA is not in control of its destiny in either city,” it continued.

But the panel also warned against completely pulling out of both cities, instead suggesting that the DA conducts a study of voters’ views and a proper assessment of the consequences.