Gana called for a more compassionate DA, which should be alive to the racial, gender, sexual inequalities that existed in the country. 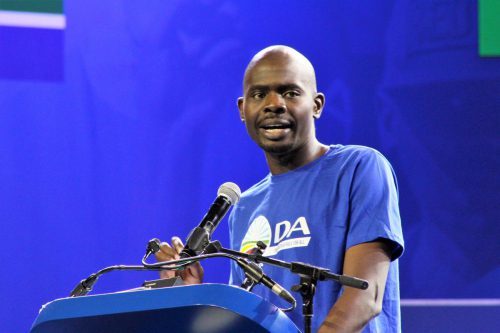 The contender for interim DA leader, Makashule Gana, has urged delegates of his party’s federal council to take a more progressive stance on South Africa’s “historical albatross” of race, and challenged the party to be less “hypocritical” in attracting black voters.

Gana is one of two candidates vying to be elected the DA’s interim leader when its federal council sits this weekend. He will go up against parliamentary leader John Steenhuisen.

In a letter to delegates, which News24 has seen, Gana asked for the party to reflect on recent events that have rocked the party.

Gana explained why he had picked race as a focal point of his letter, saying it was an issue that continued to affect the DA’s legitimacy.

“To many black people, ‘blackness’ is irrevocably linked to their material conditions, which are more dire compared to their white compatriots. It absolutely does not hurt to acknowledge this predicament.”

He warned that refusing to acknowledge this, communicated to people that black people within the party were being used for “political packaging” just to win votes.

“The first question we have to ask is whether the DA can continue to propound a brand of politics that strains to emphasise that race does not matter, and yet recognises that in order to win elections, it has to have black leadership? I do not think this is sustainable because it is fundamentally hypocritical for more than one reason, which I set out below.”

Gana called for a more compassionate DA, which should be alive to the racial, gender, sexual inequalities that existed in the country.

He said fundamental issues had been ignored for far too long, arguing that, had these been dealt with, then comments made by current federal council chairperson and former leader Helen Zille about colonialism – which he says hurt black people – as well as the removal of former Cape Town mayor Patricia De Lille would not have hurt the party as much as it did.

Gana warned against picking black leaders who were then expected to “tip-toe around historical albatrosses”.

This on the back of some of the findings made by a review panel looking into the state of the party which lambasted former leader Maimane for his utterances on “white privilege” and “black poverty”.

“I am writing this to you because I want to say this is the reason I am standing for interim party leader. I am standing because I believe that the most urgent question of the interim leadership is not just to prepare for the next electoral cycle, but to take a definite shift toward the centre of South African politics.

“If we continue to believe that we are the only centre, and the rest of South Africa must shift toward our position, we will fail in our historical duty to fight for power so that we can change the lives of South Africans.

“If that means doing [so] without racists, then so be it,” Gana said.

The DA’s federal council will sit on Sunday.