Mogoeng says he loves everybody, refuses to apologise for Israel comments 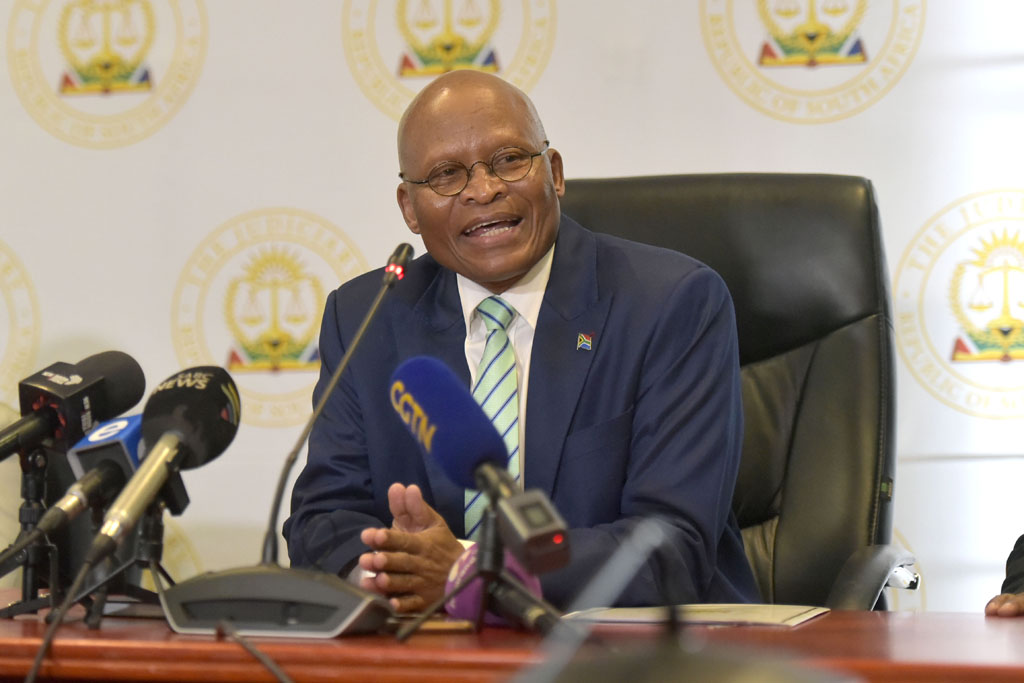 Chief Justice Mogoeng Mogoeng briefs media about the precautions that the countries courts will be taking to help combat the COVID-19 virus pandemic at the Office of the Chief Justice in Midrand, 17 March 2020. Picture: Neil McCartney

Chief Justice Mogoeng Mogoeng says he will neither retract nor apologise for comments he made about his love for Israel during a webinar The Jerusalem Post hosted over a week ago.

Mogoeng has been criticised by several organisations and high-ranking officials, including International Relations and Cooperation Minister Naledi Pandor, over comments he made on Israel.

The Jerusalem Post last month reported that Mogoeng lamented South Africa’s adoption of a lopsided attitude towards the Israel-Palestinian conflict and said it would have greater influence if it displayed a more balanced approach.

Following his utterances, several organisations wanted him to withdraw his remarks and apologise to all South Africans.

Sections of the Christian community came out in defence of the Chief Justice.

Speaking at a virtual Africa prayer meeting, Mogoeng said: “Even if 50 million people can march every day for the next 10 years for me to retract or apologise for what I said, I will not do it. I will never say I hate anybody, or any nation. I will never. I love everybody. I love Israel, I love the Jews, I love Palestinians… ”

“I said in that webinar, those that are busy plotting against me right now, even to kill me, those that will plot to even to destroy and kill me in 10 years time, they are already forgiven. I meant it. Everybody who is insulting me, everybody who is lying about me, whether Christian or not Christian, I love you and I forgive you. May God have mercy on you. May… reveal the truth to you.

Mogoeng said during the webinar he quoted verses from the Bible to explain his love for Israel and also noted his love for Palestine.

Mogoeng said he even mentioned that he was “commanded” by a Bible verse to pray for Jerusalem’s peace.

On Friday, South African Friends of Israel hosted a virtual protest in support of the Chief Justice. During the protest, Pastor Barry Isaacs said the Christian community had decided not to be silenced on the matter.

“All over SA we are united in our support for our Chief Justice, Mogoeng Mogoeng. We applaud his convictions to speak out as a Christian.”

Cope general secretary Papi Kganare said Mogoeng has the right to freedom of speech, expression and belief. He said Mogoeng should not be “blackmailed” into withdrawing whatever comments he has made based on his position as Chief Justice.