Former ambassador to the UN must account for the R118m New York land scandal, says the DA

DA MP Mergan Chetty said the Department of International Relations and Cooperation's chief financial officer as well as the former ambassador to the UN Jerry Matjila should account and face questions about the R118m New York land scandal. 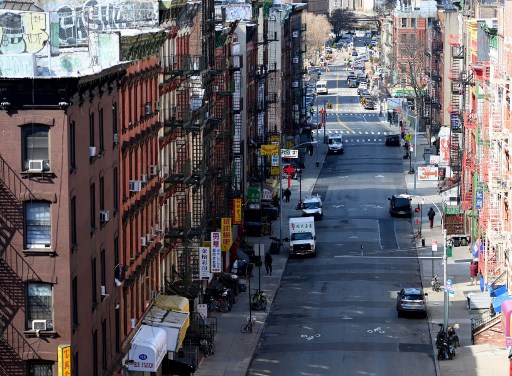 More heads should roll in relation to a botched R118 million New York land deal, the DA has said.

This follows the precautionary suspension on Thursday of the director-general of the Department of International Relations and Cooperation, Kgabo Mahoai, more than a year after a parliamentary fact-finding mission found the piece of land it bought for new offices did not exist.

DA MP Mergan Chetty, who was part of the parliamentary delegation to New York, said Mahoai was “for the want of a better word, a smokescreen”, adding “it was clear that this department had flouted regulations of Treasury” and the officials’ conduct was shocking.

Despite rumours that the department’s chief financial officer, Caiphus Ramashau, was also due to be suspended, spokesperson Lunga Ngqulunga said Mahoai was the only name mentioned for now who was under suspension.

According to the oversight report compiled by Parliament’s Portfolio Committee on International Relations and Cooperation, the project was driven from Pretoria.

According to the report: “It was said that [Ramashau] and the Chief Director-Property Management [Bernice Africa] would jet in [to New York] to hold meetings with real estate agents away from the office, and leave without informing the two missions on their discussions on the matter.”

The MPs noted: “There was no vacant land on inspection of the New York pilot project. What exists is an unsuitable old and dilapidated building, and R118 million has already been paid for buying the purported site/vacant land parcel.

“The amount of R118 million was noted to have been paid on the basis of a misrepresentation to the department that the real estate agent has bought land to build a suitable and sustainable office building.

“The supply chain management challenges associated with the New York pilot project are a source of diplomatic embarrassment and posed both representational and reputational risk to the image of the country.”

The report also questioned why the then-ambassador to the UN, Jerry Matjila, had failed to meet the committee during its oversight visit, sending his deputy, Xolisa Mabhongo, instead.

Matjila was said to have been on leave at the time.

He, the report noted, “was the accounting officer when the procurement for the New York pilot project was approved in 2016/17”, and was appointed to the mission in New York shortly afterwards.

Mahoai took over from him as director-general.

The report noted: “There were still questions left unanswered due to the absence of the permanent representative. In order to get responses, the committee delegation resolved that he would have to present himself before the committee in Cape Town.

“The minister would be asked to determine how his trip would be financed as he absented himself without an official apology, though he was aware the committee was travelling to New York to meet with him.”

Chetty accused Pandor of dragging her feet on this issue.

South Africa’s two-year tenure as a non-permanent member of the UN Security Council came to an end at the end of last year, and Matjila was replaced by Ambassador Mathu Joyini who presented her credentials to UN Secretary General Antonio Gueterres on 3 February.

Matjila is believed to have been appointed to the UN on a four-year contract as he technically retired in 2016, and it was not clear what he was doing now.

He did not respond to a phone call or a WhatsApp message.

No law enforcement agency has been involved as far as is known, and Ngqulunga said the department was still looking into the matter.