According to Van Heerden, Zuma does not qualify for the position of president as he has no active history in the structures of the ANC. 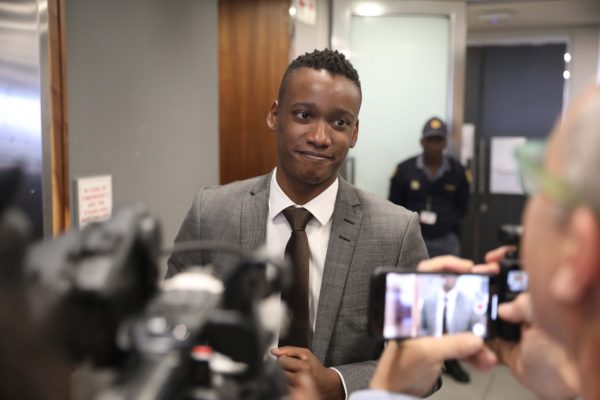 Duduzane Zuma, in a video that has been making the rounds on Twitter, has given a teaser on how his presidency would focus on should his plans of having his face on the ballot paper in 2024 work out. Picture: Gallo Images.

It is highly unlikely that Duduzane Zuma, the son of former president Jacob Zuma, will be the next president of the ANC and thus the president of South Africa. There are too many hurdles Zuma must overcome, says political analyst Dr. Oscar van Heerden.

Zuma, a multi-millionaire and business partner of the Guptas, confirmed media reports that he has ambitions to contest the presidency of the ANC. According to him, he plans to return as soon as possible from Dubai to get the wheels for his campaign rolling.

ALSO READ: WATCH: Duduzane Zuma wants to be president, has plans for 2024

But Van Heerden says Zuma’s plans might just be too ambitious. According to Van Heerden, Zuma does not qualify for the position of president as he has no active history in the structures of the ANC. Van Heerden says the ANC is an organisation that does not easily change its ways of doing things.

In this organisation, the branches of the party play a very important role. It is at this level that the career of any ANC politician gets moulded after they have proven themselves as loyal cadres who work tirelessly for the party.

He explained to journalist Izak du Plessis how powerful the branches in the ANC are after the question of whether Zuma can become the next president.