‘Did Msimanga and attacker make peace to cover up corruption?’ – ANC

The man who attacked Msimanga has since apologised for the 'unfortunate misunderstanding' and what he describes as a 'scuffle'. 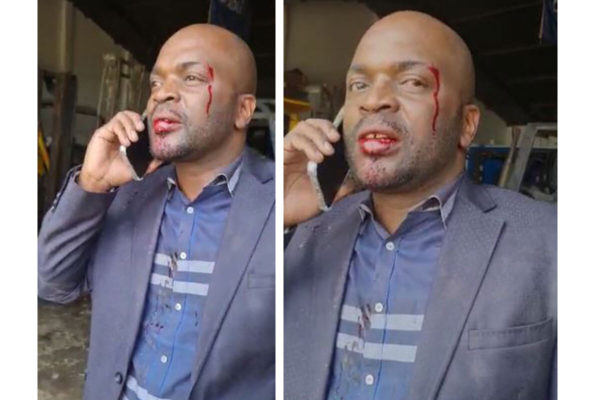 Msimanga was on Thursday assaulted by a man with a group of people who said they were there to collect items from Msimanga’s cousin’s business.

The man who attacked Msimanga has since apologised for the “unfortunate misunderstanding” and what he describes as a “scuffle”.

The unnamed man, standing alongside the former Tshwane mayor, expressed regret and said there was no money owed to him by Msimanga – which was the reported cause of the altercation.

The ANC said Msimanga and his “victim” may be covering up corruption by making peace after the incident escalated to the media.

It said the haste in which the matter was handled and resolved raised questions and suspicions.

“We call upon law enforcement agencies to properly investigate this incident despite claims that the perpetrator and Msimanga have smoked a peace pipe,” reads a statement by the party.

“We hope the so-called truce is not an attempt to cover up corruption allegations against Msimanga by his victim in the video. This brawl also exposes reasons why Msimanga was hiring bodybuilders as his advisors when he was  mayor.”

Msimanga was at the centre of an R12 billion infrastructure deal with GladAfrica.

The ANC also blasted the DA for coming to Msimanga’s defence.

“We are not surprised by the statement of the DA in defence of their blue-eyed boy, this is how they stood up for him when he was accused of sexually harassing former Gauteng MPL Nkele Molepo, whom the DA expelled from their party for making sexual harassment allegations against Msimanga,” reads the statement.