The DA says It was clear that Makhubo was guilty of bribery and corruption as he struggled to answer some questions at the state capture inquiry. 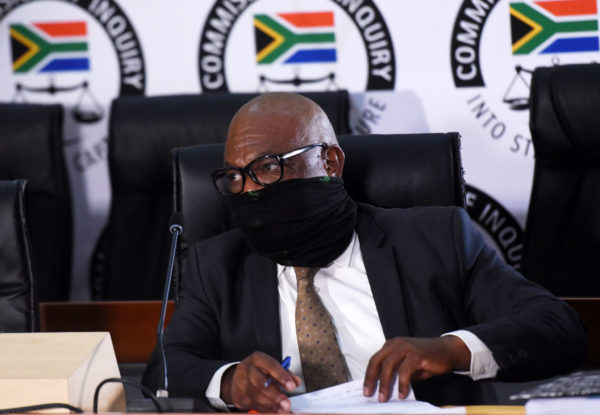 The Democratic Alliance (DA) has announced that it will lay charges against City of Johannesburg (CoJ) mayor Geoff Makhubo and IT service management company EOH.

This follows revelations during his testimony at the Commission of Inquiry of Allegations into of State Capture on Monday.

Makhubo gave evidence relating to his tenure as the MMC for finance and ANC Johannesburg regional treasurer, which allegedly solicited regular donations worth millions from EOH – among other companies, allegedly in exchange for tenders at the CoJ.

In a statement released on Tuesday, DA Johannesburg caucus leader Leah Knott indicated that it was clear that Makhubo was guilty of bribery and corruption as he struggled to answer some questions during proceedings.

“Yesterday’s revelations at the Zondo Commission confirm that our Executive Mayor, Cllr Geoff Makhubo, is guilty of bribery and corruption and must face jail time for betraying the City of Johannesburg and its residents.

“I will be laying criminal charges against him and EOH for the corrupt SAP contract which has cost the City hundreds of millions, and will write to EOH to demand that they return all money paid to them by the City. I also call on the ANC in Gauteng to return the bribe money paid by EOH,” Knott said.

READ MORE: Makhubo ‘not embarrassed’ over ‘his friend’ emailing him about tenders

Makhubo told the commission that there was nothing malicious in the ANC requesting donations from businesses working with the City.

The Joburg mayor also said that he was not “embarrassed” that his business partner was corresponding directly with him by sending emails which related to pending tenders.

Meanwhile, Knott argued that “Makhubo’s claim that he has no power to award tenders is fooling no-one”.

“If you’re a senior ANC leader who accepts half a million from a company who is awarded a multi-million rand tender by your government, then that’s a bribe. Even EOH’s own forensic investigation by ENSafrica confirmed that no work was done for the half million paid to Makhubo’s company, Molelwane Consulting, which paid the money to him and his family. Makhubo can try to spin this all he likes but Johannesburg residents aren’t buying it.”

Last year, the DA signaled its intention to have the ANC immediately remove Makhubo “instead of waiting for the outcome of a judicial process” after its members gathered outside the commission’s premises in Braamfontein during the mayor appearance.