RET or death: Is Gigaba perpetuating the faction narrative?

According to independent research, the idea of RET is being abused by 'a handful of political elite seeking personal benefit' on 'suspicious' Twitter accounts. 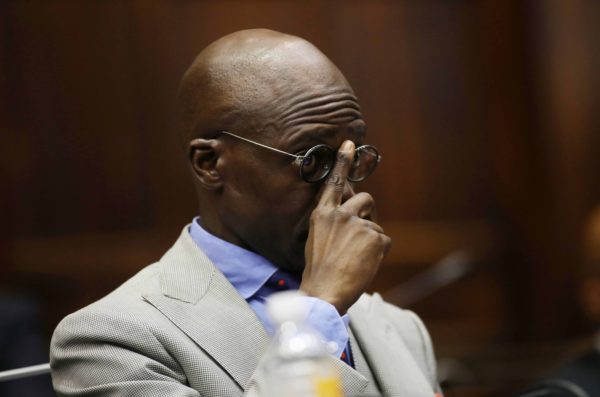 “I still have a future in the ANC and a long one,” Gigaba said.

Now, the #RETorDeath hashtag spotted in one of his latest tweets raises questions yet again about the so-called radical economic transformation (RET) narrative.

But before dissecting this, it is important to note that Gigaba, who is implicated in dodgy dealings with the Gupta family, has already been labeled as the chief architect of the state capture project.

In a Twitter thread, the former minister addressed his “political enemies” and “their support army of journalists-cum-trolls” having appeared at the Commission of Inquiry into Allegations of State Capture chaired by Deputy Chief Justice Raymond Zondo on Wednesday.

He claimed that despite numerous appearances at the commission his “enemies” still have no proof of any wrongdoing on his part.

“[Six] separate appearances before [Deputy Chief Justice] Raymond Zondo later, you still can’t point to a single decision I was ever party to which can be faulted on the grounds of soundness, rationality or lawfulness,” he said.

ALSO READ: The most bizarre claims made by Gigaba at Zondo so far

Gigaba then seems to ask his “enemies” what they plan to level against him now that he has defended his proximity to the Gupta brothers, Ajay, Atul and Rajesh.

“What next, now that your bid to criminalise my innocent proximity to the Gupta family has bombed in such spectacular fashion?” he said.

Gigaba admitted to knowing the Guptas during his testimony before the state capture commission in May, having met them for the first time in the early 2000s when he was president of ANC Youth League (ANCYL).

However, he denied having any business dealings with the fugitive brothers, saying he only attended their social and cultural events.

2/2… What next, now that your bid to criminalise my innocent proximity to the Gupta family has bombed in such spectacular fashion?

Simple. We continue waging our all-out ideological war over our @ANCYLhq generation’s demand for Economic Freedom In Our Lifetime.#RETORDEATH

To answer his own question, Gigaba then suggests he will continue to fight and carry on the ideology of the ANCYL for economic freedom before closing off his statement with the #RETorDeath hashtag.

“Simple. We continue waging our all-out ideological war over [ANCYL] our generation’s demand for economic freedom in our lifetime,” he added.

The focus is on the #RETorDeath hashtag.

The CABC pointed out that the idea of RET was being abused by “a handful of political elite seeking personal benefit”.

It further found 51 “suspicious” accounts on Twitter and put them through internal analysis and visualisation tools, which showed the RET narrative was being “persistently engaged with by a limited group of accounts”.

In this case, Gigaba, who resigned as minister of home affairs as well as a member of parliament (MP) in 2018, tweeted an RET-related hashtag.

In March, ANC president Cyril Ramaphosa announced the NEC’s decision that no member could associate with the RET faction in the party.

The faction is seen as loyal to Zuma and Magashule. Umkhonto weSizwe Military Veterans Association (MKMVA) spokesperson Carl Niehaus is also one of the more prominent political figures associated with RET.

Gigaba was one of the bigwigs who showed up in support of Zuma when the former president appeared in the Pietermaritzburg High Court for his arms deal corruption case in May.

So, the question is, is Gigaba also actively pushing the RET narrative, also known as the Zuma-Magashule versus Ramaphosa faction?

The answer to this is complicated at best, bearing in mind Gigaba has not said who he supports.

The former minister previously compared his political career to that of both Ramaphosa’s and Zuma’s, saying he needed to press the reset button when powerful forces challenged his progression, and that he “holds no grudges”.

Gigaba became an ANC MP in 1999, and served in the portfolio committees on trade and industry, and as an alternate member of the agriculture and land affairs committee.

He also served on the monitoring committee on Quality of Life and Status of Children, Youth and Disabled Persons.

Among the executive positions he held under former president Thabo Mbeki was Deputy Minister of Home Affairs, before he was elevated by Zuma to Minister of Public Enterprises and later, Minister of Finance.

He briefly held onto the finance portfolio under Ramaphosa, who then moved him back to home affairs.

Gigaba’s rise to power diminished when in 2018 the Supreme Court of Appeal and the Constitutional Court upheld an earlier finding that he lied to the high court in the Fireblade saga.

The former minister then handed his resignation letter to the presidency, which said in a statement that he was doing it in the interests of the country.

Gigaba was succeeded in the top ANC Youth League position by Fikile Mbalula.