Mpofu says the ANC resolution also violates Magashule's right to be presumed innocent until proven guilty by a court of law. 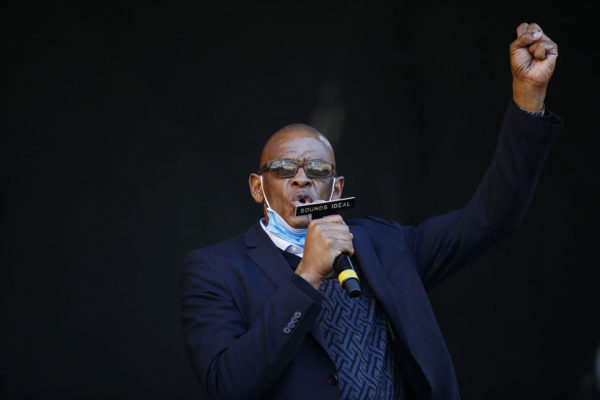 Advocate Dali Mpofu has argued that the ANC’s decision to suspend its corruption-accused secretary-general Ace Magashule in line with the party’s contentious step-aside resolution contravened his constitutional rights to freely participate in political activities.

Mpofu, acting on behalf of Magashule, on Thursday argued before the full bench of the Johannesburg high court that the ANC’s temporary suspension of its secretary-general in May was inconsistent with the Bill of Rights in the country’s Constitution.

“Constitutions and rules of political parties like the ANC must be consistent with the Constitution, which is the supreme law,” Mpofu said.

Magashule approached the court seeking to overturn his suspension from ANC as well as to declare the party’s step-aside resolution unlawful, unconstitutional and invalid. He also wants the court to confirm his failed attempt to suspend ANC president Cyril Ramaphosa.

Magashule was suspended in accordance with rule 25.70 of the ANC constitution adopted by the party’s powerful, national executive committee (NEC) earlier this year. The rule requires all party members facing criminal cases to step down while they attend to their legal matters.

The ANC secretary-general was suspended due to his fraud and corruption trial in the Free State. He believes the rule was amended by the NEC to specifically target him ahead of the ANC’s 2022 national elective conference.

During Magashule’s suspension, he has been barred from:

Mpofu contended that because of these restrictions and the fact that Magashule cannot appeal his suspension under rule 25.70, it breaches his rights in Section 19 of the Bill of Rights.

The section guarantees every citizen the right to freely make political choices and participate in South Africa’s democratic system.

Mpofu said the resolution violated Magashule’s right to be presumed innocent until proven guilty by a court of law.

“If we are right in that proposition as well, then that clause must be picked out of existence.”

He also argued the rule was being used as a punitive measure against Magashule.

Earlier, Mpofu strongly criticised the legal representatives of the ANC’s top national officials for missing court deadlines to submit their affidavits to the Johannesburg high court.

Mpofu told the court Ramaphosa, ANC deputy secretary-general Jessie Duarte and the party’s late court papers showed they were treating the high court with disrespect as respondents in the matter. He asked the court to impose a cost order for the delays.

Mpofu said their delays prejudiced his client’s right to a fair hearing and wants the court to address it in the strongest possible terms.

“We have here a situation where the litigants in question have flagrantly disregarded the very well-known rule that in urgent applications it is the applicant who determines the timetable, often unfairly so, but we were told the rules are the rules,” he said.

The respondents in the case have filed for condonation from the court in terms of their late filing of court papers.

The court was meant to hear Magashule’s semi-urgent application on 1 June after he filed court papers in May challenging his suspension from the governing party.

The case is expected to resume on Friday morning.