Moseneke report: Elections unlikely to be free and fair if held this year

The former deputy chief justice was tasked with the heavy burden of contemplating the risks and rewards of elections during a pandemic year. 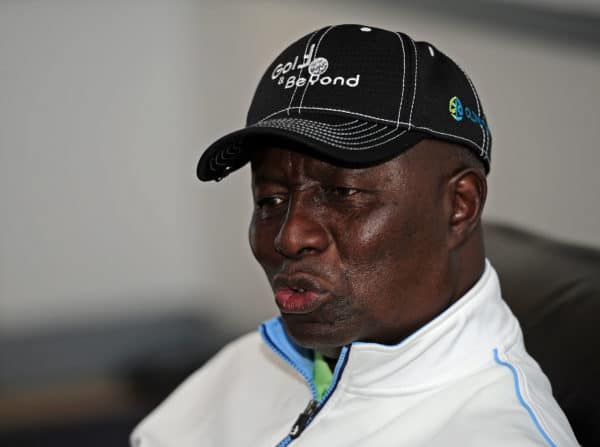 Former deputy chief Justice Dikgang Moseneke during an interview at the Killarney Golf Club on May 04, 2018 in Johannesburg, South Africa. Picture: Gallo Images

Former deputy chief justice Dikgang Moseneke’s inquiry into the feasibility of holding local government elections this year said on Tuesday afternoon that scheduled elections for this year would likely not be free and fair.

The elections will more than likely now have to be postponed to February 2022, which is the date Moseneke supports.

He added that between now and scheduled elections of October 27, there would not be enough time for either the IEC or political parties to prepare for elections and campaign fairly and freely in the midst of a lockdown.

Moseneke concurred with the Independent Electoral Commission (IEC) that, in a state of disaster and lockdown, it would not be possible for voters and politicians to freely exercise their democratic rights.

“The commission approached the court eight times in the last five months to postpone by-elections and voter registration and all of these were granted by the electoral court. It is concluded that voters will stay away from the the polls as a result of the virus variants.”

The former deputy chief justice encouraged the country to continue with its vaccine programme, especially for the more vulnerable in society, which he joked included himself.

He spent much of the briefing reflecting on the ongoing risks of the virus and its many variants and how elections would inevitably lead to parties holding gatherings, which could easily become super-spreader events.

He said the real death count attributable to Covid could conceivably be three times higher than the official count of more than 60,000.

Moseneke expressed hope that 40 million South Africans might be vaccinated by February, which would be the threshold to achieve herd immunity.

Countries had held elections during the pandemic, he conceded, but many of them had paid a high price with increases in infections and death.

Moseneke added that elections should be deferred only once and to the earliest possible date to avoid unnecessary loss of life, since arguments in favour of having the election as early as possible “had force”.

He expressed sympathy for submissions that had slammed many local government administrations for being corrupt and incompetent. “The Auditor-General found that most municipalities are in a worse position than they were at the start of their terms in 2016.

“These are powerful considerations. South Africa is due for a reset at municipal government level. But it cannot be at all cost.”

The “nearest point of safety would be February 2022” and the postponement should not be longer than necessary to “save life and limb”.

If elections could take place in February, new municipal councils would still have time to consider their budgets for July 2022, he added.

Moseneke reminded South Africans that his report had been commissioned by the IEC because of the onset of the Covid-19 pandemic. It would not be binding on the commission.

His report was 120 pages long, despite having been prepared “in great haste”. He acknowledged that the submissions he had received were “fiercely divided”, but his task was to find objective standards in respect of the risk to life of Covid-19.

“The outcome must not be driven by the preferences and positions of political parties and civil society, and public opinion.”

He said they had considered global responses to the pandemic as well as the input of scientists and state actors tasked with curbing the spread of Covid-19. Research data and projections had all been considered.

Moseneke acknowledged that the need to hold elections was a founding value of the Constitution.

Municipal councils have a term of no more than five years, beginning from the day after the elections that brought them into office. After this term expires, elections must be held within 90 days. The last municipal elections were held on 3 August 2016. The 27 October 2021 date announced by President Ramaphosa in April was already at the very boundary of the 90-day leeway.

Elections could only be postponed if they might not be free and fair, but that would still need to be held within 90 days of expiry of the five years.

“The Constitution does not contemplate deferment,” Moseneke acknowledged.

Moseneke pointed out that it was not possible to separate the requirements of being free and fair with being regular.

“The two conditions must exist and be co-present,” for an election to be constitutional.

He said the first option to get around this would be to amend the Constitution, which would be a problem since a majority of 75% in parliament would be required for a temporary pandemic problem. He also said he would not wish to “second guess” what a “court of competent jurisdiction” might decide if “exceptional and compelling circumstances” caused it to make a ruling to postpone the elections.

IEC chairperson Glen Mashinini had earlier spoken on behalf of the commission prior to the announcement to express their appreciation to Moseneke and his team.

He later thanked Moseneke for the report and said they appreciated both his work and his findings. He would enable the commission to make an informed decision.

Moseneke later ceremonially handed his report to Mashinini and said his work was done and “I’m out of here”.

The commission had been given a presentation of the key findings of Moseneke’s report earlier on Tuesday. Mashinini said it was clear that Moseneke’s inquiry had “contributed significantly” to the understanding of what constitutes “free and fair elections”. He recognised that there were significantly different opinions about that point, and he was hopeful that Moseneke’s report would also contribute to the general understanding of what free and fair elections were understood to be.

Mashinini said the IEC would “retreat” to study the full report, which was “weighty” and would require “weighty consideration” on its part.

They would be engaging with all political parties and other role players to make a final determination about the local government elections within coming days.

Moseneke’s report would also be published on the IEC’s website on Tuesday, in the interests of transparency, so that all South Africans could apply their minds to the report in the same way the IEC would be doing.

“In just 61 days, Justice Moseneke and his team have managed to conduct an in-depth and transparent investigation on whether it was possible to conduct elections in a free and fair manner.”

He said Moseneke had handed them a full report, and had completed this task a day ahead of schedule.

Mashinini thanked all the groups and individuals who had participated in the inquiry. “We know that everybody was working under extreme pressure, yet there was a diversity of considerations. We are thankful that the South African public showed phenomenal interest in this issue.”

Watch the announcement in the SABC video feed below:

2 July was the final day of oral submissions to former Moseneke’s Inquiry on Free and Fair Local Government Elections during Covid, which was convened by the IEC.

Moseneke was tasked to consider whether, in the context of the Covid-19 pandemic and government’s response to it, would the IEC be able to ensure the local government elections would be free and fair.

Over the course of the week of 28 June, Justice Moseneke heard oral submissions from dozens of witnesses.

The inquiry also received a large number of written submissions from all quarters of society, all of which was to be considered.