Magashule applies for leave to appeal suspension at SCA

Magashule suffered a blow when the High court ruled that the ANC constitution was consistent with that of the country in his suspension. 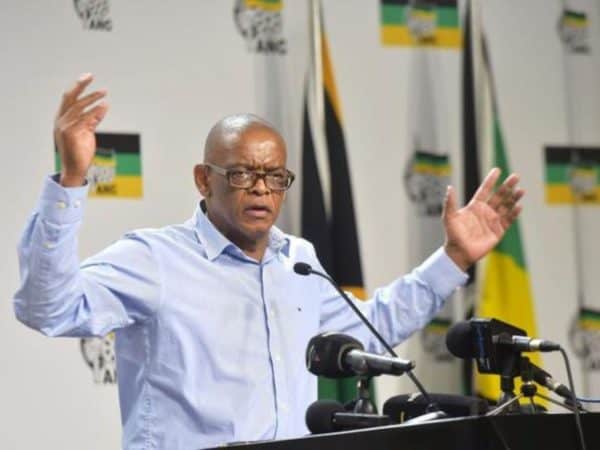 Media reports suggests that suspended ANC Secretary-General Ace Magashule has officially applied for leave to appeal his suspension at the Supreme Court of Appeal.

This was according to news reports by broadcaster NewzroomAfrika on Friday evening.

Magashule suffered a blow when the Johannesburg High Court ruled that the ANC constitution was consistent with that of the country and that the decision to suspend him was effected in terms of the party’s constitution.

Immediately after that judgment, Magashule said his legal team was considering and analysing it, and announced that he did not need to secondguess his next move.

“On my part, there is not even any need to study the judgment,” said Magashule.

“It is clearly legally wrong and not in accordance with the Constitution of the Republic of South Africa. I have therefore instructed my legal team to take immediate steps towards appealing this incorrect judgment,” Magashule said after the judgment.

“One does not need to be a lawyer to grasp this contradiction. Also, to say that the suspension of Ramaphosa is invalid, even though it breached the resolution of the Nasrec national conference, is clearly wrong.”

“The idea that a suspension done in terms of rule 25 of the ANC constitution is not punitive, but ‘precautionary’, only needs to be stated to be rejected. Rule 25 consisted of the disciplinary codes of the ANC. On these and many other obvious misdirections of the court, we are confident that the higher courts will deal with the matter appropriately and without fear, favour or prejudice. Justice must not have eyes,” he said.

Magashule said he was confident that his legal team, led by advocate Dali Mpofu, was capable of convincing a higher court that his suspension was unconstitutional

“I can assure you that this is the best legal team. We will appeal because there are issues that Judge [Jody] Kollapen said are very complex and I think a higher court can come to another decision, which will be fair.”

Magashule is arguing that the party’s step-aside rule is unconstitutional and flouts the principle that an accused is innocent until proven guilty.