Arthur Fraser is apparently taking the fall for the ANC for the drama involving Zuma's release on medical parole. 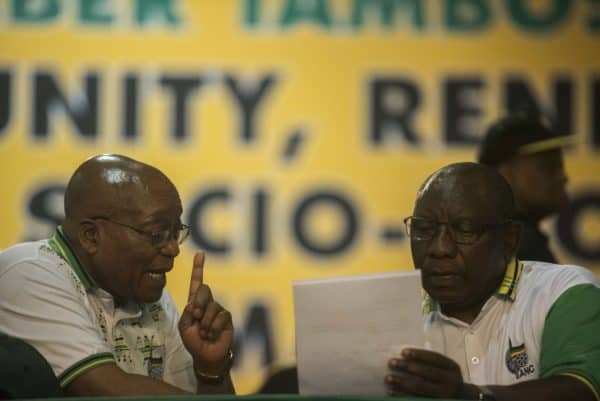 President Cyril Ramaphosa reportedly gave the green light for his predecessor Jacob Zuma to be released on medical parole.

Fraser admitted this week during an interview with SABC News that he had overridden the Medical Parole Advisory Board’s decision not to free the former president from jail.

According to sources who spoke to City Press, on condition of anonymity, Zuma is said to be “seriously sick” and there were three medical assessments done by three different doctors who found that correctional service medical facilities were unable to cater for his health problems.

A source said Fraser did not want to have “Zuma dying in prison” apparently over fears this might reignite the riots and unrest that engulfed parts of KwaZulu-Natal and Gauteng in July and claimed more than 300 lives.

Fraser is apparently taking the fall for the ANC for the drama involving Zuma’s release. This after offering himself as the “sacrificial lamb” due to his authority to grant medical parole to inmates serving less than 24 months in jail.

The Department of Correctional Services announced last Sunday Zuma was granted medical parole after it received medical reports on his health condition, which has not been disclosed to the public.

Zuma was serving a 15-moth jail term at the Estcourt Correctional Centre in KwaZulu-Natal for being in contempt of the Constitutional Court. Before his release, he was admitted to a military hospital outside the prison.

The Helen Suzman Foundation and AfriForum have threatened legal action if the Department of Correctional Services does not give full written reasons for placing Zuma on parole.