The ANC in the province has nominated Mpho Moerane as its mayoral candidate. 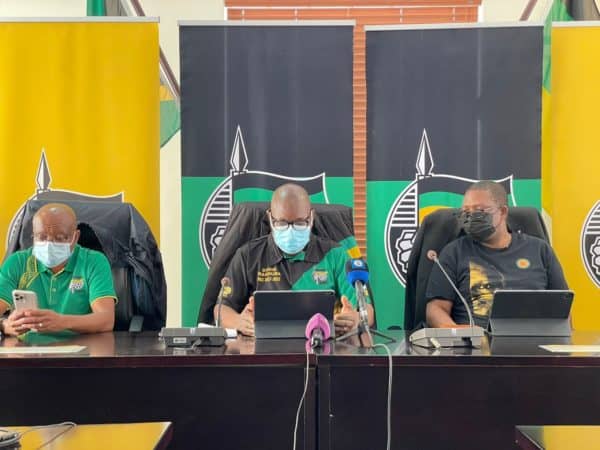 Gauteng Premier and ANC provincial chairperson David Makhura on Thursday said the governing party would work with speed to address service delivery challenges plaguing the City of Johannesburg in the lead-up to the local government elections, scheduled for 1 November.

Addressing the media in Johannesburg ahead of Friday’s council sitting to elect a new mayor, Makhura said the ANC provincial executive committee (PEC) had decided to close the “political vacuum” that exists in the metro after the death of mayor Jolidee Matongo in a car crash earlier this month.

“There is no mayoral committee at the moment and once the mayor is no more, the executive that was elected with the mayor cannot be in place. And as a result of that, the city is under the leadership of the speaker and the city manager,” Makhura said.

The ANC in the province has nominated ANC Johannesburg regional treasurer, Mpho Moerane, to take from Matongo. Moerane served as a member of the mayoral committee for environment and infrastructure services in Matongo’s administration.

Continuity of governance and leadership

Makhura said the continuity of governance and leadership in the city was of urgent concern to the ANC due to a lot of service delivery challenges facing the municipality.

He said with even just 31 days left until the municipal polls, issues like the provision of reliable electricity and water needed to be addressed with urgency.

“We have arrived at the conclusion that all the challenges of unstable supply of electricity that affect many parts of the city, intermittent water cuts [and] problems of a city that continues to face challenges…

“All these problems, even in the next 30 days before the local elections, need to be dealt with by a political leadership that has got this sense of urgency,” he said.

The city’s new executive, headed by Moerane, would be able to attend to Johannesburg’s service delivery issues, Makhura said.

“This political leadership must focus on, even in the next 30 days, fast-tracking the implementation of the growth and development strategy of Johannesburg.”

Moerane to hit the ground running

Makhura said the ANC’s national officials on Wednesday evening met with the provincial leadership to give the green light for Moerane’s candidature for mayor.

“As we sit we are comfortable, together with our coalition partners, we will be able to elect Mpho Moerane tomorrow as the new mayor of Johannesburg after which he will announce a mayoral committee because they have to start that work immediately,” he said.

The PEC added that it had held a successful meeting with its coalition partners, and they all endorsed Moerane’s candidature.

The ANC’s coalition partners in Johannesburg are the Inkatha Freedom Party (IFP), the African Independent Congress (AIC), the Congress of the People (Cope), Al Jama-ah and the United Democratic Movement (UDM).

READ NEXT: Mpho Moerane to be ANC’s next Joburg mayoral candidate